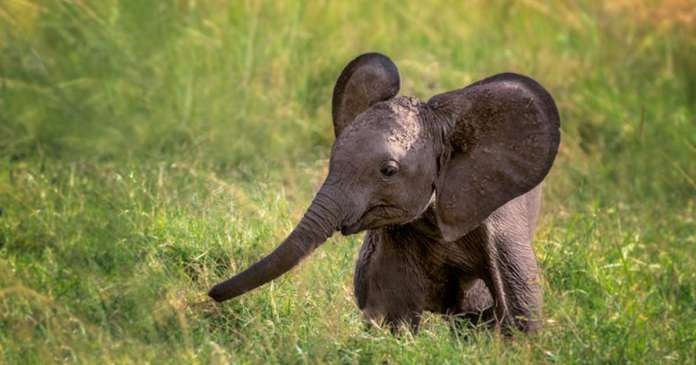 Guwahati, Dec 9, 2020: An injured elephant calf was rescued from a mud puddle in the Udmari village in Assam’s Nagaon district by animal rescuers on December 8.

The 10-day-old elephant calf that had injured its leg was left behind by its herd and thereafter, found itself accidentally trapped in a mud puddle.

According to animal rescuer, Binod Dulu Bora, the baby elephant was trapped in a mud puddle from which it was unable to extricate itself due to an injury in its leg.

Bindo further added that, he received a call from a forest ranger on Tuesday morning about the elephant calf. Along with his team, Binod rushed to the spot and found that the elephant was covered in mud. The calf’s mother was also there and tried to take her baby out of the puddle but failed to do so. Binod and his team ultimately managed to rescue the elephant calf.

The elephant calf suffered several injuries due to the accident and has been sent to the Centre for Wildlife Rehabilitation and Conservation in Kaziranga for recovery.