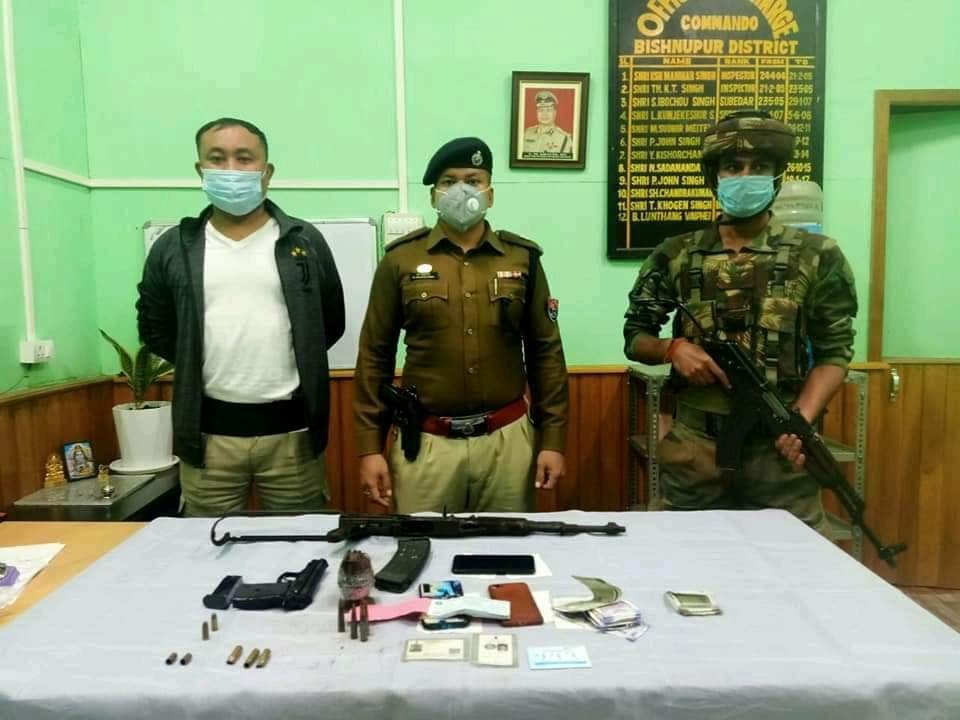 Two cadres of NSCN-IM militant who were injured in a reported gunfight between the militant group and combined force of 29 Assam Rifles and Bishnupur police commando on Saturday has been identified. The incident occurred in old Cachar road between Laimaton and 7km from upper Ngaryan.

According to latest report, the security forces received a report about extortion activities being carried out by a militant groups on Truck drivers in general areas of Laimaton.

A combined team of 29 Assam Rifles and Bishnupur police commando launched operation in the said area. Gunfight broke out between the militant groups and the combination forces during the operation and two cadres of NSCN-IM sustained injuries.

According to sources, said the encounter broke out when a team of the Bishnupur district police commando was ambushed by suspected cadres of the NSCN-IM near the foothill of Laimaton Ching. The police commando personnel retaliated injuring at least two cadres and pursued others on foot into the jungle.

One AK assault rifle, one hand grenade and some documents have been recovered.

The injured cadres were initially treated at the Bishnupur District Hospital but later they were shifted to another hospital, said sources.