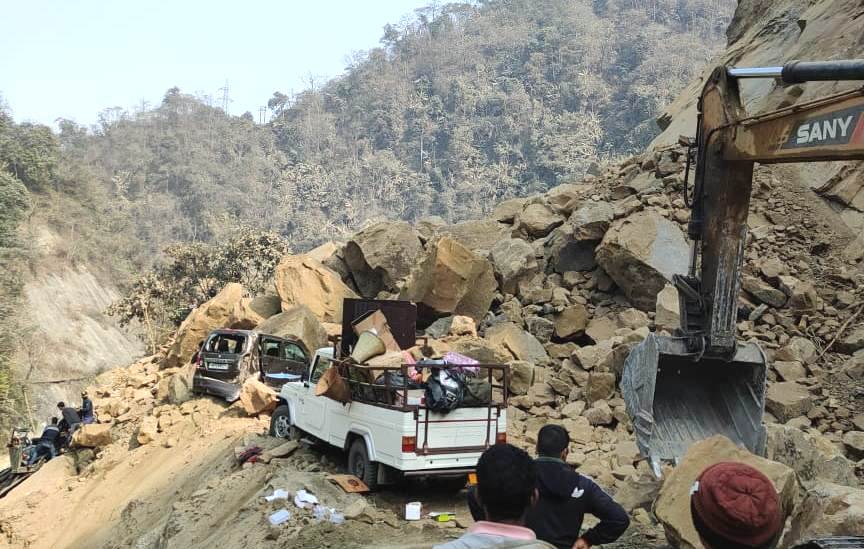 “Total restriction on all movement is necessitated as a precautionary measure to prevent any injury, loss of life and damage to property,” he stated.

The concerned may take note of the same for necessary action, he added. Dimapur Police also tweeted, “The road stretch from Police Gate to TL Park area on NH29 will be closed #indefinitely for vehicle traffic till debris is cleared completely at the rock slide affected area. Alternate route Chumoukedima-Pimla-Mhainamtsi-Medziphema”.