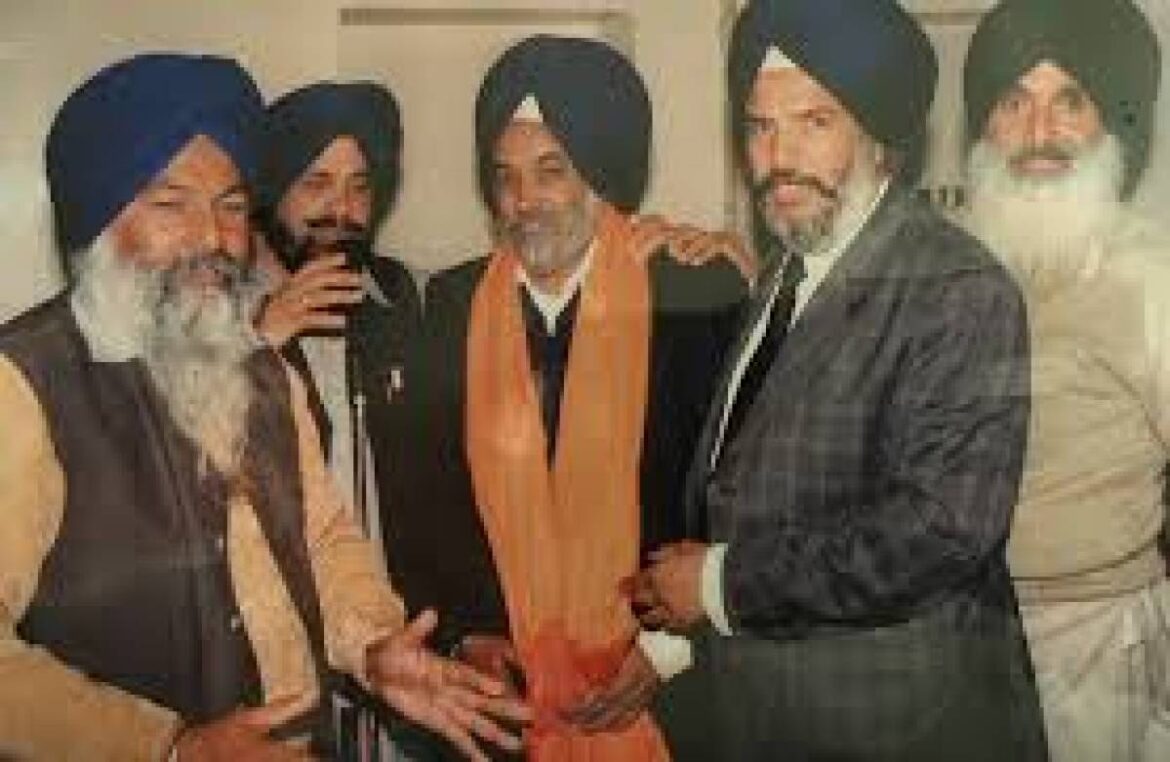 Three British-born Sikhs of Indian origin were arrested by West Midlands Police in connection with the murder of Rulda Singh, then national chief of the RSS-affiliated Rashtriya Sikh Sangat in Patiala in 2009, BBC reported.

The three pro-Khalistani activists, identified as Gursharanbir Singh, Wahiwal, Amritbir Singh Wahiwal and Pyara Singh, were arrested on Monday (Dec 21) after extradition warrants to India were issued at Westminster Magistrates’ Court. They were later bailed out following a court order.

According to investigations carried out by National Investigation Agency (NIA), Gursharanbir is also one of the chief conspirators in the case of targeted killings across Punjab in 2016-17, including the murder of RSS leader Brigadier Jagdish Gagneja (Retd) in Aug 2016.

Rulda Singh, who was the president of the RSS-affiliated Rashtriya Sikh Sangat, was shot at his shop-cum-flat at the grain market here on July 28, 2009, by two assailants, who later fled in a car. He was admitted to the Post-Graduate Institute of Medical Education and Research (PGIMER), Chandigarh but later to succumbed to his injuries on August 15, 2009.

The Babbar Khalsa International, a dreaded Khalistani outfit, claimed the responsibility for the murder a few days after the incident.

Rulda Singh is said to have incurred the wrath of Khalistani radicals after he visited the UK and other countries to urge Sikhs to return to India.

As President of the Rashtriya Sikh Sangat, Rulda Singh worked to improve Sikh-Hindu relations and combating pro-Khalistan terrorism – successfully persuading many worldwide Khalistani extremists to renounce violent struggle – and bringing them back into mainstream Indian civic life. Inevitably this made Rulda Singh a target of pro-Khalistan extremists, who labelled him as “anti-Sikh”.

Indian Express quoted a senior Punjab Police official as saying that Gursharanbir Singh and Pyara Singh had flown in from UK to execute the killing of Rulda Singh in 2009. The official said that Gursharanbir travelled on the passport of his brother Amritbir to commit the crime before he went back to UK.

The arrests on Monday assumes significance as it comes days after the recent visit of UK Secretary of State for Foreign Dominic Raab to India and ahead of the scheduled visit of UK Prime Minister Boris Johnson as chief guest on Republic Day.