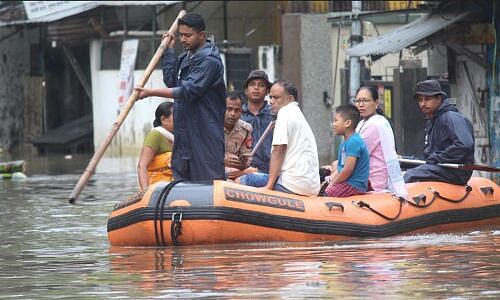 The Assam Government had estimated Rs 72 crore as gratuitous relief for flood-hit people. The relief manual mentions releasing funds for flood-affected people to buy utensils and clothes. Every flood-hit family gets Rs 3,800 to buy utensils and clothes. Considering the devastating floods in the State this year, gratuitous relief for clothes and utensils will be released in a big way.

As per the directions of Chief Minister Himanta Biswa Sarma, the Deputy Commissioners of all flood-hit districts sent proposals to the Revenue and Disaster Management Department for the release of fund. After examining the proposals, Dispur released Rs 30.75 crore as gratuitous relief. The remaining amount has already been released to the districts under the gratuitous relief head.

Talking to The Sentinel, State Revenue and Disaster Management Minister Jogen Mohan said, “This year, funding for the flood-affected people is not an issue. If needed, more funds will be arranged.”

Meanwhile, although the situation in the State is improving, 12 districts continue to remain affected by floods. A total population of 3.79 lakh people in 416 villages across the State remains affected by floods and more than 20,000 people are still taking shelter in 95 relief camps. In the last 24 hours, no death has been reported.