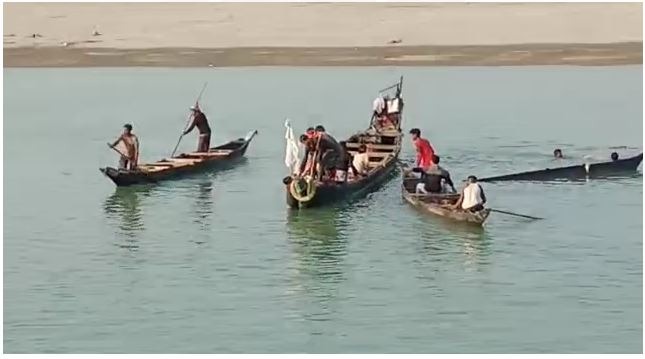 Guwahati: In an unfortunate incident of boat capsize in Brahmaputra River, three dead bodies has been recovered near Jorhat’s Old Balibat area in Assam on Wednesday.

The incident occurred on Tuesday, where the boat capsize in the river drowning the passengers on board.

The National Disaster Response Force (NDRF), yesterday, recovered dead body of a nine-year-old, Sufiya Chauhan, and search for the other missing members continued. The force also rescued other passengers who were then taken to Jorhat Medical College.

The victims were identified as Pawan Rai (30), Rejia Tigla (24) and Sahil Chauhan (15), who went for a picnic at Baghmara forest range on the occasion of Republic Day.

The district commissioner ordered a Magistrate-level investigation into the matter and also asked to submit the report in less than 15 days.