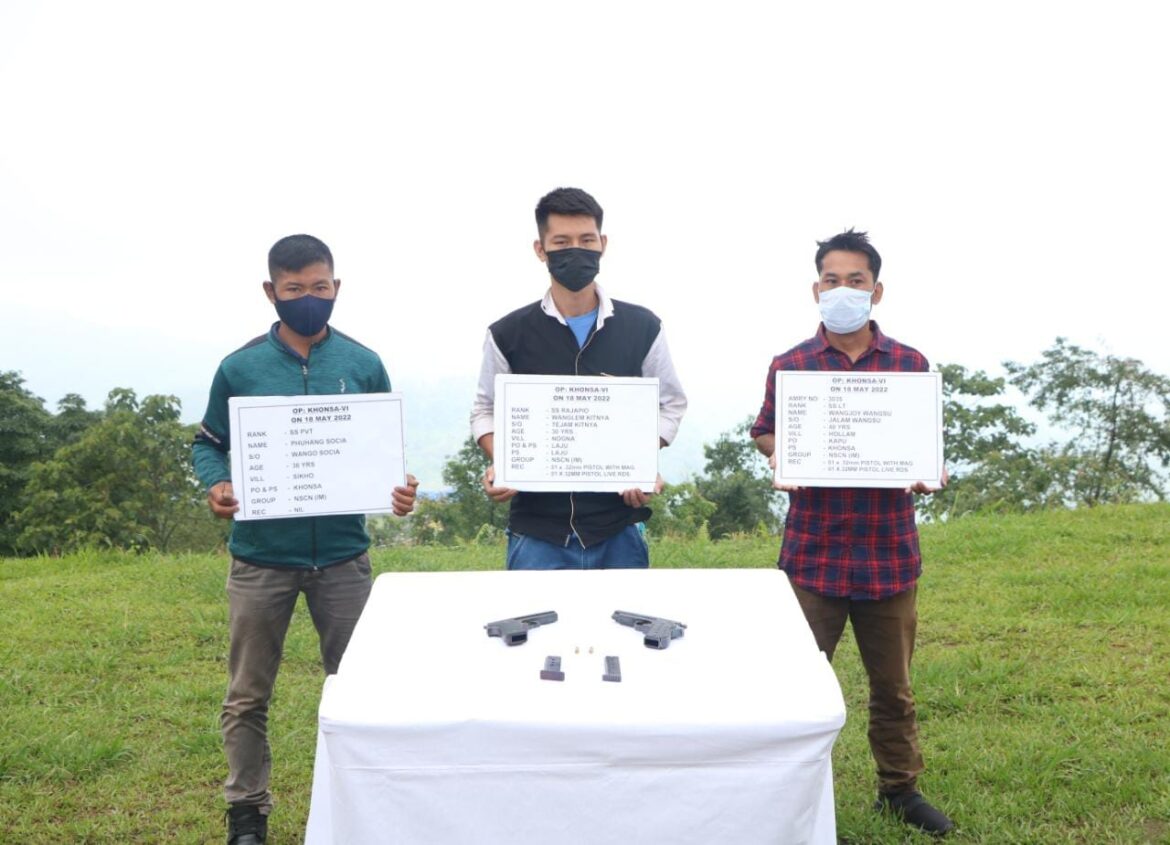 Khonsa, May 18,2022:  Six NSCN-IM militants and Eastern Naga National Government (ENNG) factions of the NSCN-lM laid down arms before the team of 6th Assam Rifles and Arunachal Pradesh police in Tirap Changlang Longding region of Tirap district on Wednesday.

The NSCN-IM cadres also surrendered two pistols and ammunition before the security forces.

Following their surrender, the cadres expressed their will to join the mainstream and live a peaceful life, officials said.

“As per the surrendered cadres, the atrocities carried out by the underground outfits towards the local population, motivated them to lay down their arms. They mentioned that the wrong practice of NSCN factions to use locals as a human shield made them realise their inhuman motives towards the citizens of Arunachal and motivated them to stand united in removing insurgency from the Tirap, Changlang and Longding (TCL) region,” officials said.

Meanwhile, the security forces said more than 60 important insurgent leaders and cadres from the TCL region have so far shunned insurgent groups and joined the mainstream, giving a huge blow to the underground outfits.

This trend is reflective of the growing disgruntlement and lack of ideology amongst the cadres and it has ushered normalcy and peace in the region.

This also showcases the commitment of Assam Rifles and state police to ensure peace, normalcy and a safe environment in the region, the security forces said in a press release.

The surrender of the 6 cadres is likely to motivate others to join the mainstream in the future and further weaken the NSCN factions, the release added.

It may be mentioned here that the Arunachal Pradesh government has earmarked a budget of Rs 5 crore under its ‘surrender policy’ through which all returnees will be taken care of and helped re-join the mainstream.