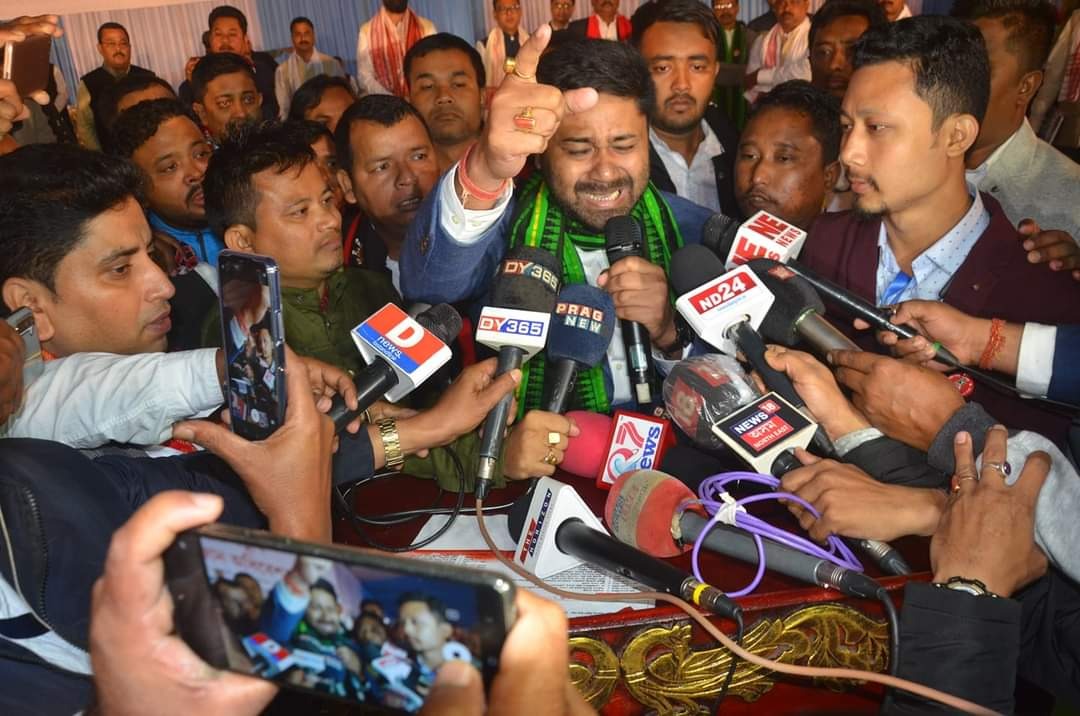 Gogoi quit from his role late on Saturday night, during the ongoing 17th General Convention of AASU in Duliajan, after an emotional speech at the conference.

Lurinjyoti Gogoi is all set to join the Asom Jatiya Parisad (AJP), the newly-formed political party by the alliance of AASU and Asom Jatiyatabadi Yuba Chatra Parisad (AJYCP) in September 2021.

Taking to Twitter, Gogoi wrote: “Never learned to compromise. I seek to be a voice against all those who have repeatedly deceived the nation.”

After being chosen as the new general secretary, Sankar Jyoti Baruah on Sunday said that he wishes to carry forward the legacy of AASU with the help of student’s community and by making continuous efforts to secure and fulfil the needs of the students of Assam.

However, AASU president Dipankar Nath is also likely to quit the union to join AJP.