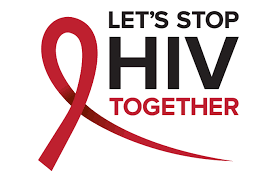 In Nagaland, on the occasion of World AIDS Day 2020, the Principal Secretary for Health and Family Welfare and chairman of Nagaland State Aids Control Society (NSACS), Amardeep Singh Bhatia, called for enhance efforts in the fight to reduce the prevalence rate of HIV and AIDS.

Bhatia was addressing World AIDS Day 2020 event at the directorate of Health and Family Welfare in Kohima on Tuesday. He said that the fight in the form of prevention, elimination is like a ‘relay race’.

Bhatia said that despite many interventions, there are still challenges while pointing out the prevalence rate in the state is higher than the national rate.
He underscored the need to increase testing in collaboration with the National Health Mission (NHM) so that each pregnant woman is tested and ensure zero infection among children.

Bhatia said that this calls for re-dedication of the stakeholders towards achieving targets that would eliminate HIV and Aids.

The principal secretary also urged the department to ‘uphold the tradition of National AIDS Control Programme (NACP) to achieve its targets and deliver services’.

President of KNP+, Yhuni, stressed on the need for better accessibility by way of enabling community drug dispensary at block-level.
She expressed concern over the discontinuation of Legislators’ Forum for Aids (LFA); and appealed for more support from religious organisations. She cited the support rendered by the Chakhasang Baptist Church Kitsubozou (CBCK) and Union Baptist Church (UBC) by way of providing nutritional needs and support.

On the occasion of World AIDS Day 2020, ‘one-time special financial grant for education’ was disbursed. Joint director (IEC), NSACS, Metevinuo Sakhrie said that the grant would support one academic year of select children who are affected by HIV.

She informed that 42 children identified from all the districts will be supported through this special grant.

At state-level too, ‘one-time special financial grant’ to 33 PLHIV families, especially women living with HIV, whose livelihood has been affected during the pandemic, was given.

It was informed that the identification and selection of the recipients were made by the district committee headed by the chief medical officer (CMO) with district-level positive networks, DAPCU office, development partners, NGO partners and others as members.

In Manipur, Geetchandra Mangang, secretary general Coalition Against Drugs and Alcohol (CADA) said the first case of HIV was detected amongst Intravenous Drug Users (IDUs) in 1990, and it spread to the general public soon after. However, at present the spread of HIV is not only from IDUs but more from unprotected sex, which has made Manipur third in list of States worst affected by the disease.

However, the decreasing number of positive people is no sign to neglect safety measures, Geetchandra added.

A Nganthoi said the easiest way to protect oneself from the disease is to understand the disease thoroughly.

As a part of the programme, quarterly journal ‘Health for Future’ Volume I, issue XXIX, published by CADA was also released.

The observation programme was attended by the secretary of MLSS, SC Inaocha; general secretary of LEIMAKOL, AC Nganthoi and Medical Officer of TI Project, IWR, Dr Preeti Kaveri Maibam as the dignitaries on the dais.

A health camp for people living with HIV & AIDS was held as part of the observation.

Medications and other edible items were also handed out to the people living with HIV & AIDS during the observation programme.