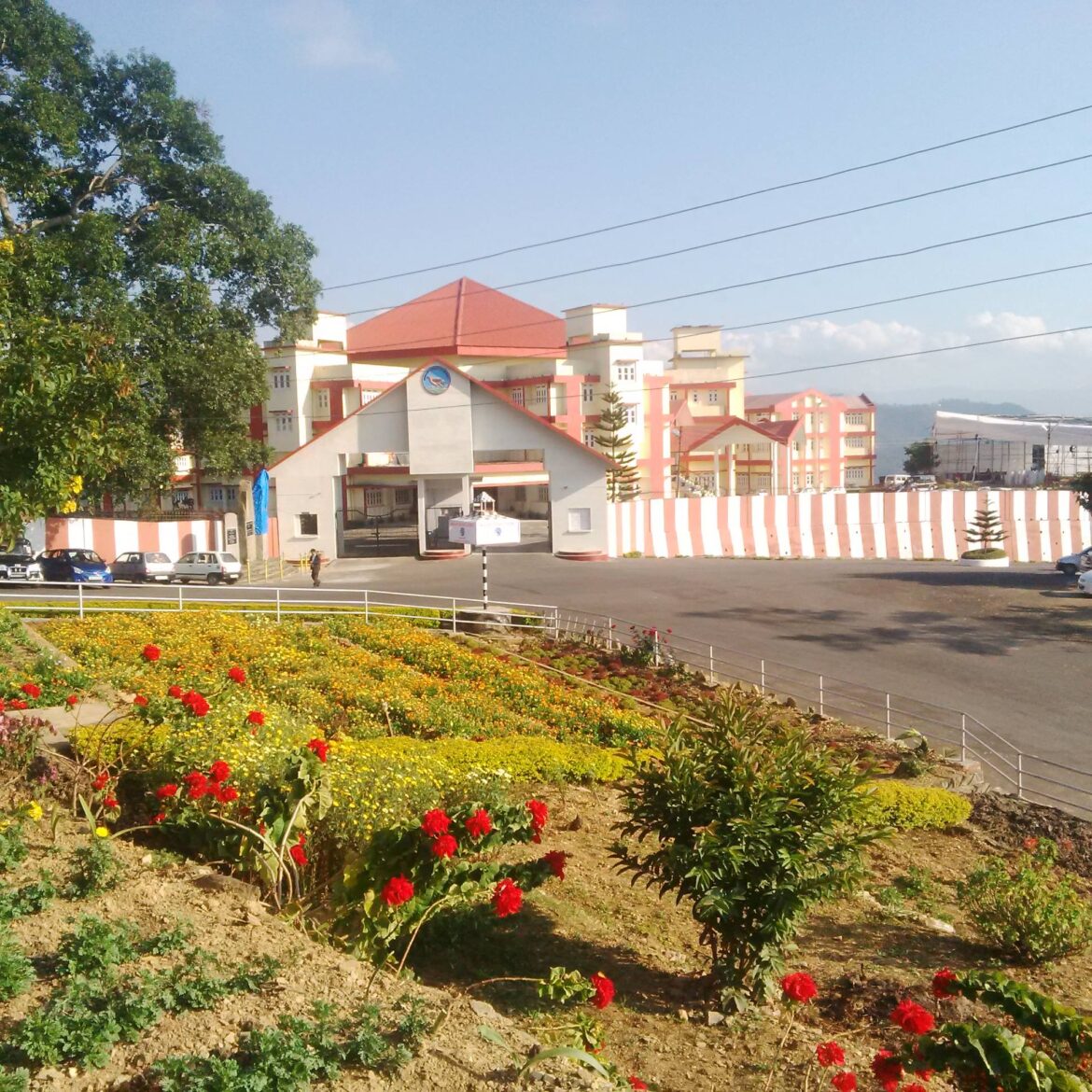 Kohima, Feb. 16 : The possible alternate routes to the rockslide-prone stretch were discussed on the third day of the 7th session of the 13th Nagaland Legislative Assembly. Highway stretch from Chathe River Bridge (Patkai Bridge) to Khuokhi River Bridge (Kukidolong) along the National Highway-29 is prone to rock slides and had recently blocked the traffic for days.

Advisor to National Highway, Dr. Longriniken said that the construction of the four-lane from Chathe River Bridge to Khuokhi River Bridge (under package-1 of Dimapur to Kohima 4-lane project) is located at the critical steep terrain having pockets of sedimentary strata in the hard rock bed.

As per design and approved alignment, the contractors are to cut another 15m to 20m wide towards the hillside at the height of 100m or more in several locations to get complete formation width of four-lane, he said. However, excavation of hillside containing sedimentary rock and hard rocks with heavy machineries in such steep areas is next to impossible unless explosives materials are being used, he added.

Therefore, the contractor  M/S Ramky-ECI (JV) have been using explosives to blast those rocky areas for the last several months with blockage of traffic on weekends but it could not be completed till today.

As of today, about 1.4 km of earthwork is yet to be done in this 5km stretch and it was found out while interacting with the general manager of ECI during the recent inspection of the rockslide-prone area that clearance of the stretch (180m) would take at least two weeks, he said.

The 5 km stretch is vulnerable to rockslides and landslides due to its steep terrain. The concern is not only for completion of work but safety measures of commuters, which, should be taken care of during the construction, he said. He cautioned and advised contractors to clear all overhanging rocks before further excavation or blasting taking place in the area.

He also advised them to provide bench cutting wherever necessary and steel wire net with nailing to protect further rockslides after completion. The recent frequent road blockage has been affecting both commuters and transportation of essential commodities; fuel etc., not only Nagaland but also Manipur. Thus, there is apprehension that road blockage in this particular stretch may occur at any time even before or after completion of road. In this regard, an alternative road other than the present road, via Tenyiphe-Pimla-Jalukie-Henikungla-Jornapani is urgently needed as the present road takes more travel time and trucks/tankers cannot ply, he continued.

In this connection, an emergency meeting was held with the officials of Works and Housing on February 11 under the leadership of deputy chief minister and an alternative route between Dimapur and Jornapani has been located between Koponallah and Heninkungla, the advisor informed.

This alternative road — 18.5km — is constructed by Urban department in 2010 and it will shorten the present route via Tenyiphe-Pimla-Jalukie-Heninkungla by 18 km. Maintenance of this alternative road has already started and is expected to be made pliable before monsoon, the House was informed. Once the proposed alternative road is maintained, it can be made all-weather road and can be used by light, medium vehicles, tankers, and trucks with permissible load, he said.

Deputy CM and minister in-charge of Road and Bridges, Y Patton, gave update on the alternative route to ongoing construction four-lane. As for the route to Kohima via Nuiland-Zhadima, he said, the department had discussed with the district administration and are on the job. He added that few landowners, particularly rubber and betel nut plantation farmers along that stretch, are asking for an exorbitant compensation.

The maintenance from Sainik School to Medziphema route would be made used as alternative route. In the route via Sukhovi, it is the Urban department that will manage the two bridges leading the road, he added.

The minister also informed that the traffic timing between the Chathe River Bridge and Khuokhi River Bridge would be reviewed after a week, as the contractors are suggesting for one time traffic opening instead of two in a day.

Leader of Opposition, TR Zeliang argued that he hardly see any “seriousness” of the department concern and asked for the government to be “serious” on all the ongoing road projects in the state. He added that he do not believe that the work will be complete by March because the working season would be over soon. Meanwhile, he lauded the intervention of the governor on the matter.

MLA Imkong L Imchen stressed on finding an alternative route when road construction is going on. He wondered what would happen when monsoon arrives.

MLA Vikheho Swu expressed concern over steep slope, urged for a strict monitoring along the stretch of road and suggested to deploy more experienced traffic personnel at the site.