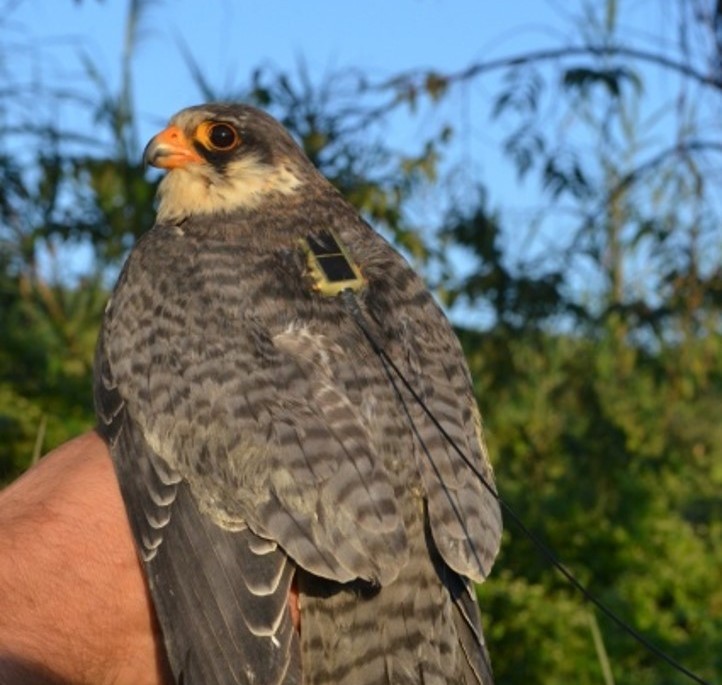 Ukhrul, November 07 2020: For the first time, thousands of migratory bird Amur Falcons were seen at Ukhrul district of Manipur. Migratory birds on their sojourn journey were seen flocking in different locations of Ukhrul particularly at Finch Corner, Hatha and Ramva area since the last week of October.

After the reports of the arrival of Amur Falcons for the first time in Ukhrul, bird lovers of Ukhrul town folks started thronging into these areas to watch the migratory birds.

DFO, Ukhrul Shanngam Shaliwo said that measures have been taken up in all North East States to protect Amur Falcon (“Langthik” in Tangkhul dialect) from trappers/hunters.

He also mentioned that Nagaland and Tamenglong district had already banned hunting and trapping of these migratory birds and had started celebrating Amur Falcon festival to protect the visiting birds. The State Government had also taken up different initiatives to protect Amur Falcon, he added.

According to his report, Amur Falcons were found flying over the western villages of Ukhrul district crossing Hoomi, Talui, Phalee, Teinem and Ringui and took shelter at the peripherals areas Finch Corner, Hatha and Ramva for over a week.The DFO went on to mention that the Amur Falcons now started flocking to southern villages (Lungpha, Maroa, Kasom).

He also mentioned that staff of the Forest Department are deployed in most of the areas to check hunting or trapping of Amur Falcon by the locals.Meanwhile, the Ukhrul District Magistrate issued a prohibitory order, banning hunting/killing/destruction of wildlife including migratory bird Amur Falcon. Hunting/trapping of wildlife is a punishable offence as per the Wildlife Protection Act, 1972, he added.