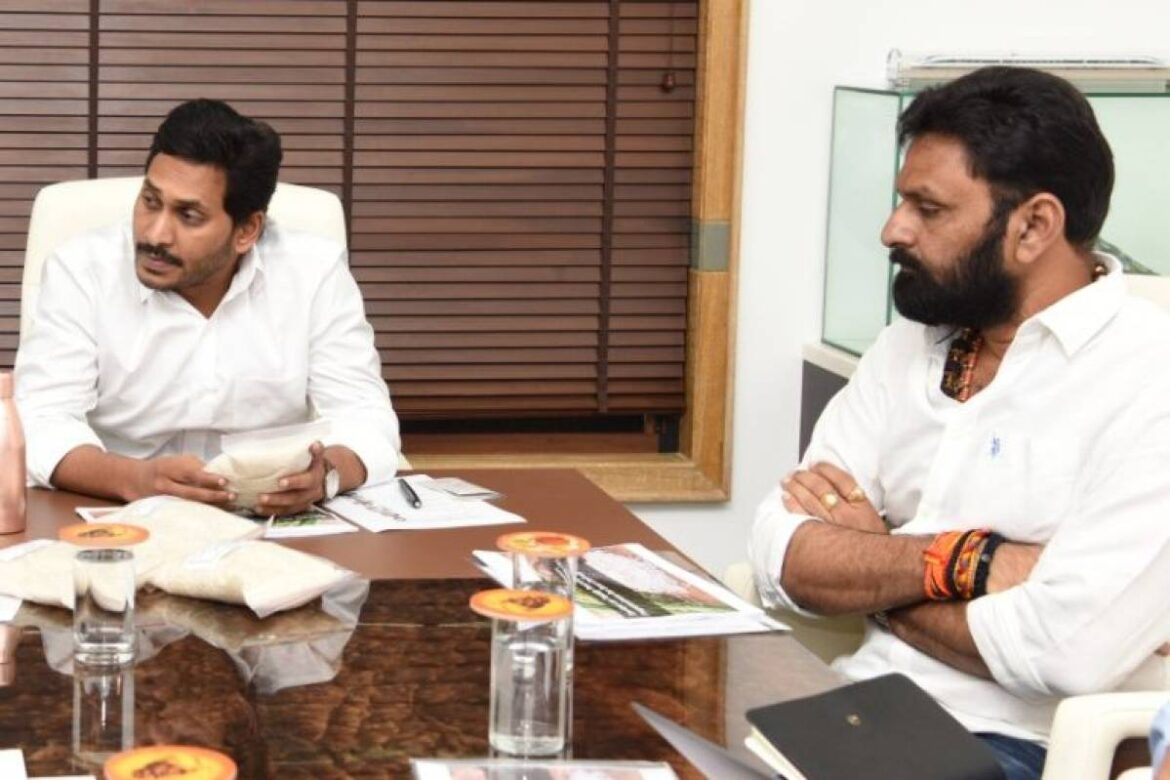 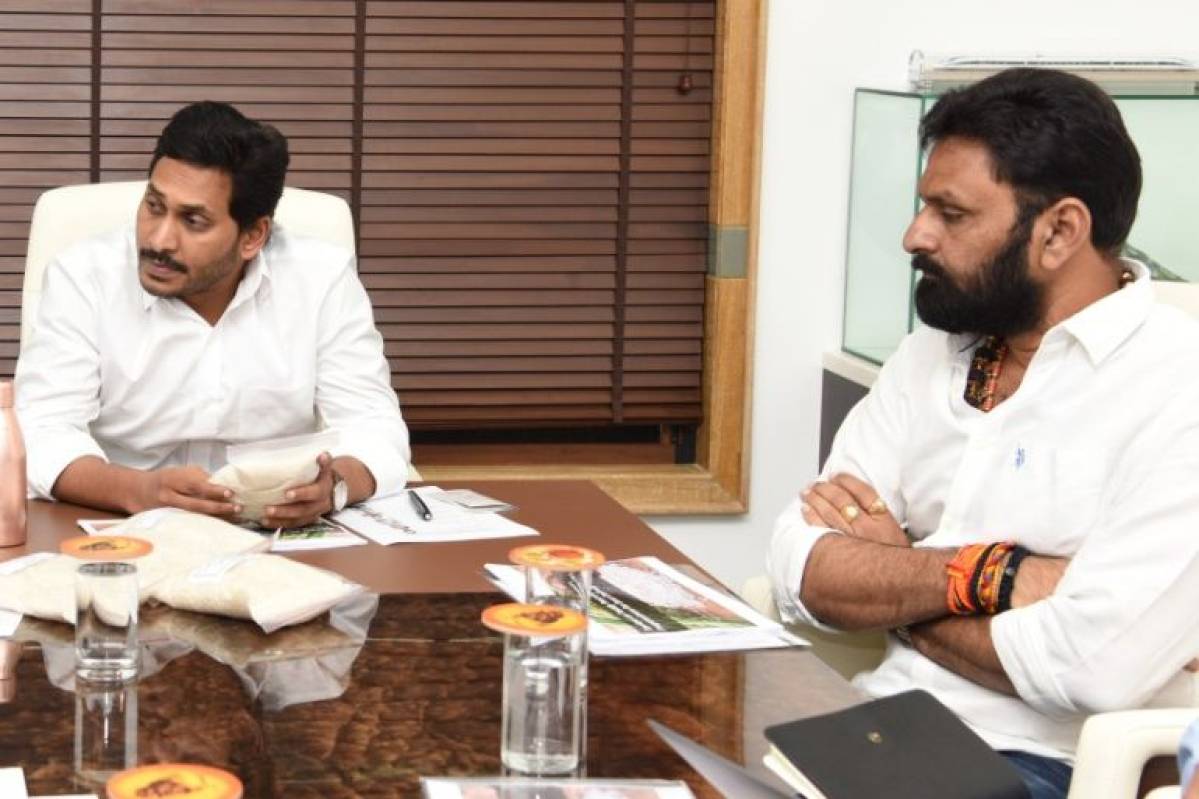 Andhra government has been caught in over various controversies over Hindu temples. In what looks like another calculated attempt to divert the people’s attention from a slew of controversies, Minister Kodali Nani made another controversial remark.

The Tirupati temple’s rules insist on a non-Hindu to give an undertaking. The Andhra Pradesh Chief Minister has not been following this, since, according to political observers, it would expose the fact that he belongs to a different faith — Christianity.

Those demanding that he give the declaration have pointed out that the late president A P J Abdul Kalam gave such an undertaking to enter the temple, which is one of the richest temples in the country.

Kodali has jumped to the defence of the Andhra Pradesh Chief Minister finding fault with the rule of declaration. “Why should there be such a rule in Tirumala only? Will Tirumala lose its sanctity if a non-Hindu doesn’t sign a declaration?” he wondered, without knowing rules of other temples.

Responding to a challenge from the Bharatiya Janata Party (BJP) that Reddy bring his wife Bharati to the temple, Kodali, who was in Tirupati on Wednesday ahead of the Chief Minister’s visit, shot back asking if Modi or Adityanath took their wives to Ayodhya for the foundation laying ceremony of the Ram temple.

This has angered and upset the BJP party members, who are demanding his removal from the Cabinet for this and his other comments “hurting the sentiments of the Hindu community”. They are staging statewide protests today (25 September).

Some observers feel that the minister is turning out to be a big headache for the Chief Minister, but others are of the view that he has, perhaps, been assigned the job of defending the government, even at the cost of hurting others.

Even as the controversy raged over Chief Minister entering the Tirupati temple without signing the declaration, Kodali said the former had the right to visit any place of worship, irrespective of the faith he belongs to.

He called for the revocation of the norm and pointed out that Jaganmohan’s father, the late Y S Rajashekhara Reddy had also visited Tirupati as an MP and an MLA and he was not asked to sign any declaration.

Taking on opposition Telugu Desam Party chief and former Andhra Pradesh chief minister N Chandrababu Naidu, Kodali pointed out that the former did not seek such a declaration even from Reddy when he visited the temple before and after the padayatra ahead of the 2019 assembly elections in the state.

Kodali’s comment that Reddy need not sign the declaration form was slammed by the Andhra Pradesh Sadhu Parishad, which said it was an indication of the scant respect the present state government has towards Hindu traditions.

The minister’s comments are not just confined to the Chief Minister’s Tirupati visit.

Earlier, he had made controversial remarks over the fire incident at the Antarvedi Sri Lakshmi Narasimha Swamy Temple in the state’s East Godavari district. In the mysterious incident, the temple’s 62-year-old wooden chariot was destroyed.

He asked “so what?” on the fire mishap and said the deity has not been affected. “If the chariot is destroyed, the State government will compensate,” he said.

The comments were seen as outrageous across the state with many organisations protesting against Kodali for being “insensitive”.

When the idol of Lord Hanuman was vandalised at the Yeleswaram temple and three silver statues went missing from Sri Kanak Durga Temple in Vijayawada, he again made “insensitive” comments.

“If a silver idol is missing, we can buy a new one. Why should one make so much fuss? Nothing will happen if these idols are destroyed or idols valued at Rs six or seven lakhs are stolen. The government will compensate,” he said.

This led to the BJP workers burning his effigy at Razole, 100 km from Kakinada, on 21 September.

Kodali, elected from the Gudivada Assembly constituency in Krishna district four times, has been unapologetic about his comments on these issues. “I wear chains of all religions around my neck and people from all religions have voted for me,” he told the media.

Denying he had insulted Hindu gods, the minister said “if I spoke one thing about Anjaneya Swami (Lord Hanuman), the BJP and TDP were politicising religion,” he said.

Kodali insists that the formality of declaration of one’s faith to enter the Tirupati temple should be lifted, and justified the Chief Minister’s entry without signing the declaration.

“He is the representative of six crore Andhra Pradesh people, presenting silk robes to the deity,” the minister said.

The fiery politician that Kodali is has led him to personally attack the TDP chief and his family. “Chandrababu Naidu is not a Hindu,” he declared before making personal attacks on his son Lokesh.

The Civil Supplies and Consumer Affairs Minister, in fact, hurt the farmers of Krishna district more with his demand asking Jaganmohan to not make Amaravati as the legislative capital of the state. However, he clarified later saying that he wanted the project stopped if the poor were not allotted lands there.

For now, Kodali’s remarks and comments have diverted the attention of the opposition and media from Jaganmohan entering the Tirupati Balaji temple without signing the declaration.

Was it part of the Reddy government’s tactics to divert the attention from the main controversy? Looks like, almost.

Disclaimer: This is a syndicated post and published with minor changes