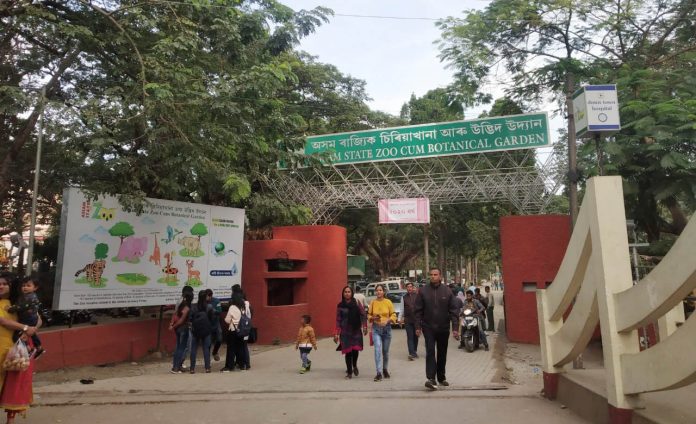 Guwahati: The Assam Pradesh Congress Committee (APCC) has strongly condemned the transfer of two black panthers from Assam State Zoo to a private zoo of the Ambani Business group in Gujarat.

The transfer of the black panthers form the Assam State Zoo-cum-Botanical Garden has been vehemently condemned by the APCC in a statement.

The committee in a release stated, “It seems that even wild animals kept in captivity in zoos cannot escape from the tentacles of big corporate houses, as the recent ‘hush- hush’ transfer of two black panthers from the State Zoo in Guwahati to a zoo in Gujarat being set up by the Reliance group of the Ambanis has proved”.

While referring to the “hue and cry” over the transfer of three elephants from Assam to a temple in Gujarat a year back, the APCC said the two black panthers from the Assam State Zoo were transferred to the zoo set up by Mukesh Ambani’s Reliance Industries at Jamnagar in a “secret manner”.

“Although a senior forest official claimed that the transfer was done as part of an exchange program under which the Jamnagar centre would help Assam acquire four zebras from Israel, the document produced by him did not mention any such exchange and only states that the animals were ‘acquisitioned’ for the purpose of ‘display’,” the statement further stated.

“There is no mention of any exchange of animals in the letter addressed to the PCCF (Wildlife) of Assam,” the release issued by Bobbeeta Sharma, APCC chairperson.

Assam Congress demanded an enquiry on the matter by the State Government.

“It goes without saying that after the recent acquisitions by Reliance Industries of a large number of companies and entry into every business from telecom and entertainment to retail marketing, with the blessings of PM Modi, now even wild animals are not safe from its clutches,” APCC further said.