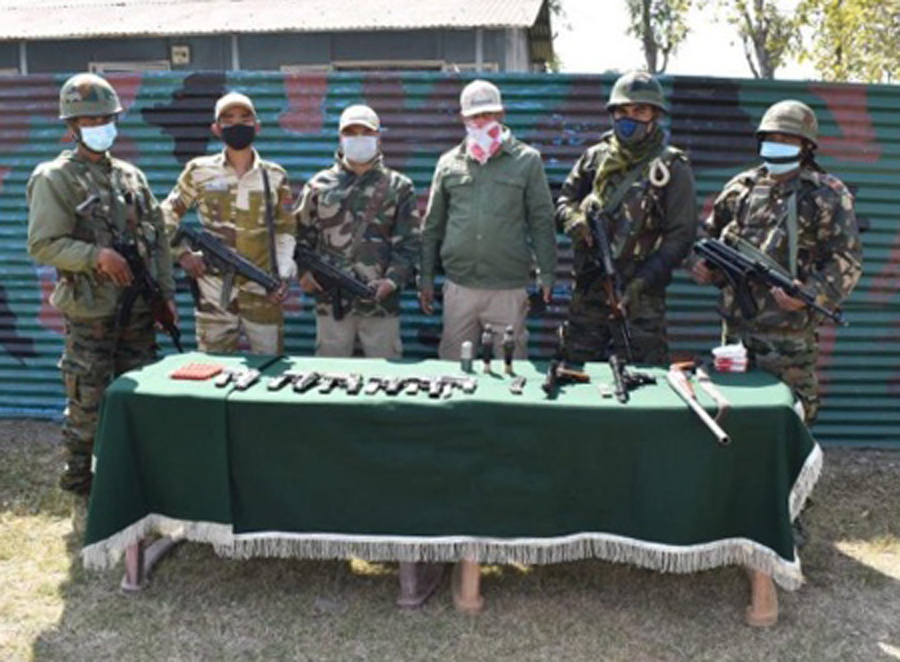 Imphal, February 04 2021: In a major success, personnel’s of Thoubal Battalion of Assam Rifles in a joint operation with Imphal East Police Commandos unearthed a huge cache of weapons and ammunition from Kamiching region in Thoubal district of Manipur on yesterday.

Based on credible intelligence source regarding presence of an arms and ammunitions in Kamiching area of Thoubal District in the run up to the forthcoming Municipal elections, a joint operation was planned and four teams were launched on 02 February.

The joint teams carried out an exhaustive search of the area on 02 and 03 February in difficult terrain.

The diligent efforts led to discovery of the cache in the early hours of 03 February morning.

The cache includes nine weapons of various types along with a large number of ammunition and warlike stores.

Two rifle grenades (made in China) and one Lathod round were also recovered alongwith small arms ammunition of various types.

The recovered weapons, ammunition and equipment were handed over to Andro Police Station for further investigation.