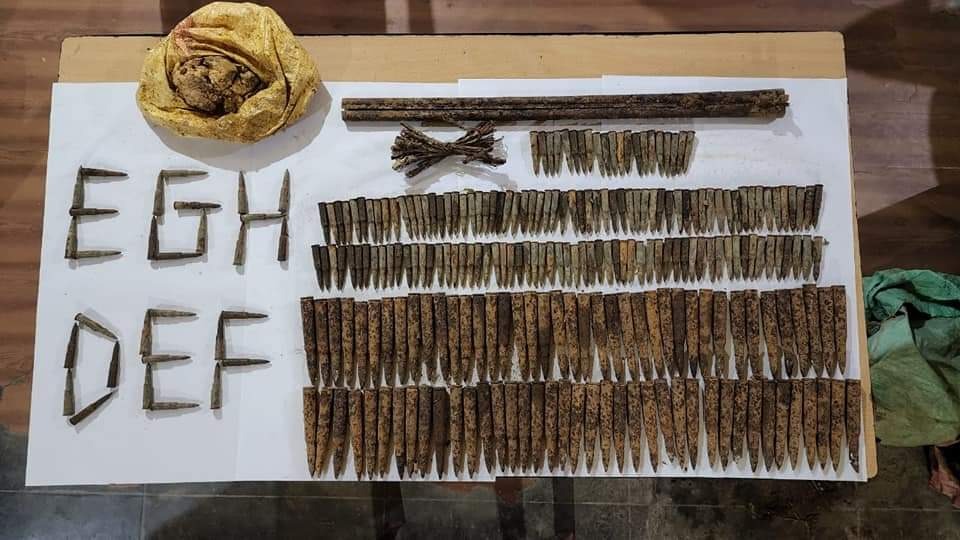 East Garo Hills, Aug 13(IANS) : A huge cache of arms, ammunition and explosives, suspected to be hidden by the proscribed outfit Garo National Liberation Army (GNLA), was recovered in Meghalaya’s East Garo Hills district, police said. The arms and ammunition were recovered from the jungle of Pilgonggre area under Williamnagar police station.

According to a senior police official in the East Garo Hills district, an operation was started in the Pillongre area of the Durama range.

“On early Saturday, around 1:40 am, the operation team recovered a huge cache of arms ammunitions from Pillongre area which are suspected to have been hidden by GNLA Commander in chief Sohan D Shira who had died in police action,” the police official said.

Pillongre is about 15 to 17 km from Williamnagar.

In a major success, the Meghalaya Police (@MeghalayaPolice) recovered a large cache of weapons, including 79 rounds of anti-aircraft ammunition from a forest in Pilgonggre area of the state's East Garo Hills district, an official said. pic.twitter.com/y0DNcEfPMU