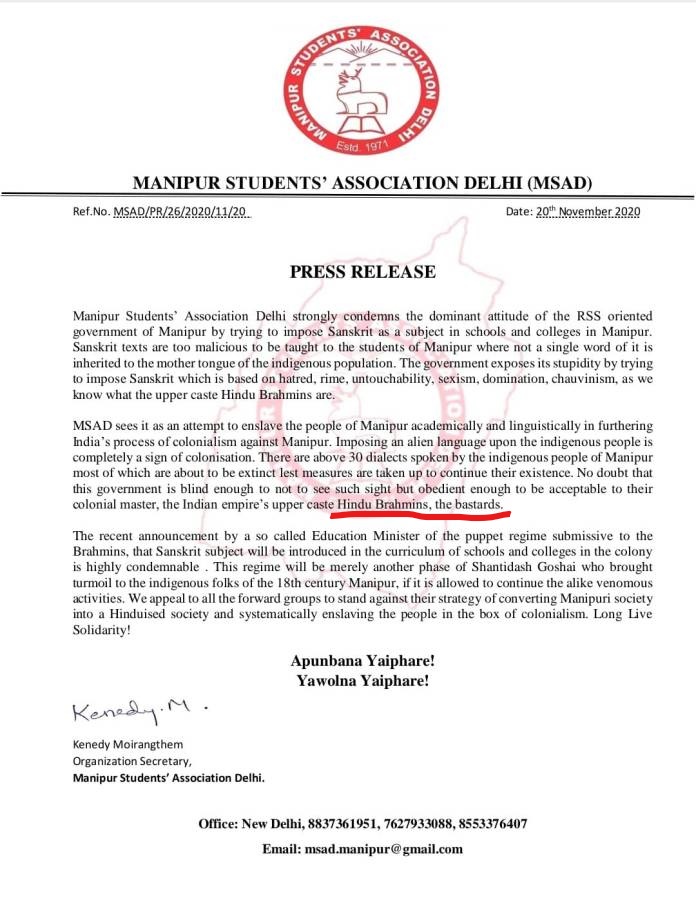 Imphal, Dec 10, 2020: The two executives of Manipur Students Association Delhi (MSAD) who were arrested in Delhi have been brought to Imphal today.

Earlier, Manipuri Students’ Association Delhi (MSAD) called objectionable names to Brahmins and blamed them for the supposed imposition of Sanskrit in government schools and colleges in the State of Manipur. The contentious letter was posted on Facebook, a day after the Manipur government announced that Sanskrit will be a part of the curriculum in some schools and colleges.

After the arrest, the students body claimed that they had issued an apology on November 30.