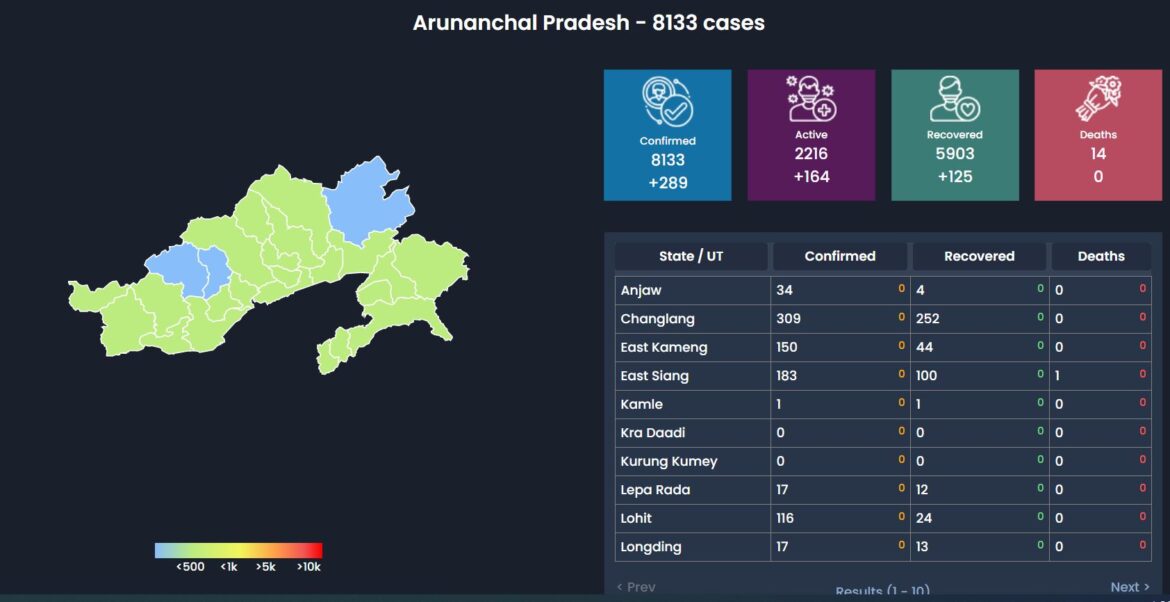 Itanagar: Arunachal Pradesh reported the biggest single-day jump of 289 COVID-19 cases on Wednesday,  taking its toll  to 8133, according to a health department bulletin.

There are 2216 active cases and patients are under treatment. A total of 5903  people have been discharged after recovery, the bulletin said.

Itanagar  reported the maximum number of fresh cases at 173, followed by 17 in Changlang,  13 in East Siang, 9 each in Papumpare and Pakke Kessang, 8 each in Namsai, Lohit and West Siang, 7 in Subansiri, 6 each in Upper Siang, West Kameng, 5 in Lower Dibang Valley, and Kra Daadi, 1 each in  Tawang Tirap, East Kameng and Siang .

Among 289 fresh cases, 21 are Symptomatic and 268 are Asymptomatic.

Itanagar has also recorded the highest number of deaths so far at 4, followed by 3 in West Kameng, 2 in Changlang and 1 each in Papumpare, East Siang, Lower Subansiri, Namsai, and Tawang.