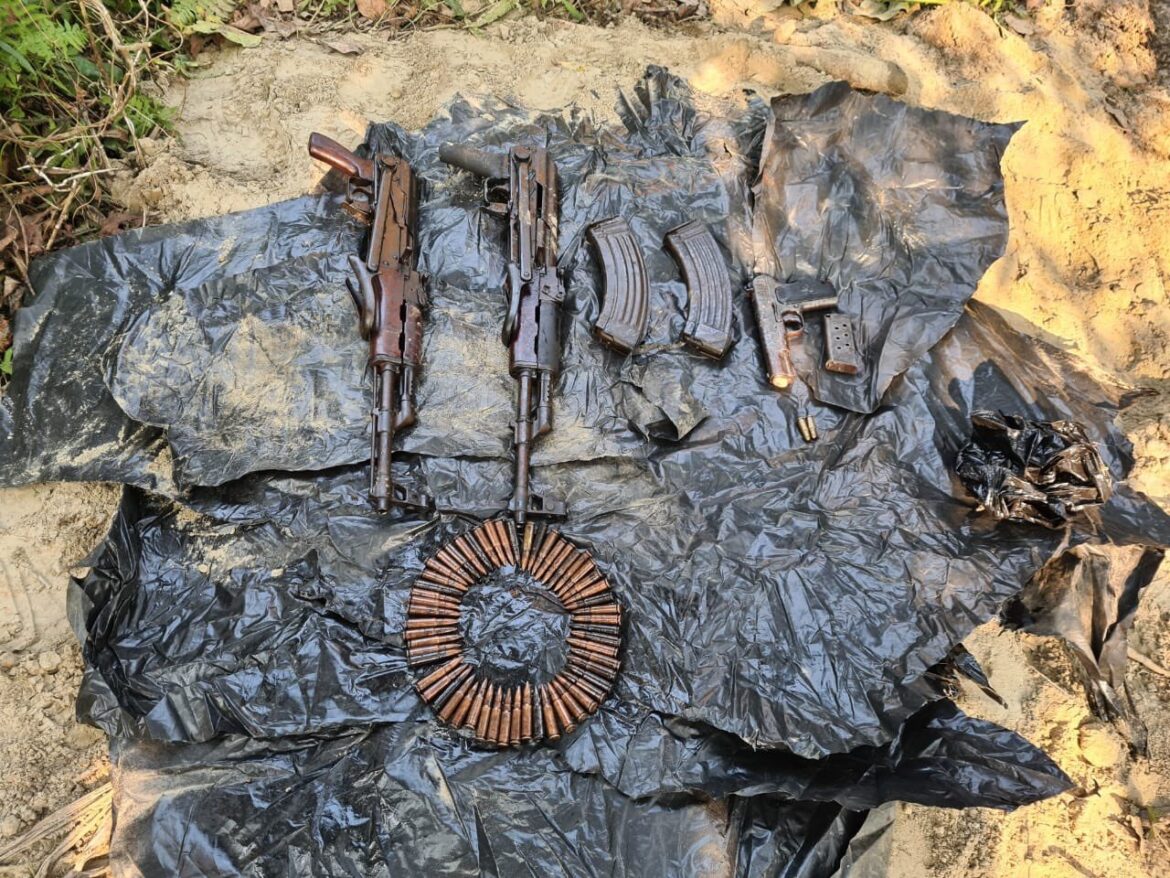 Guwahati: Once again, a huge cache of arms and ammunition have been recovered in Amlaiguri village in the Manas National park in Chirang district of Assam.