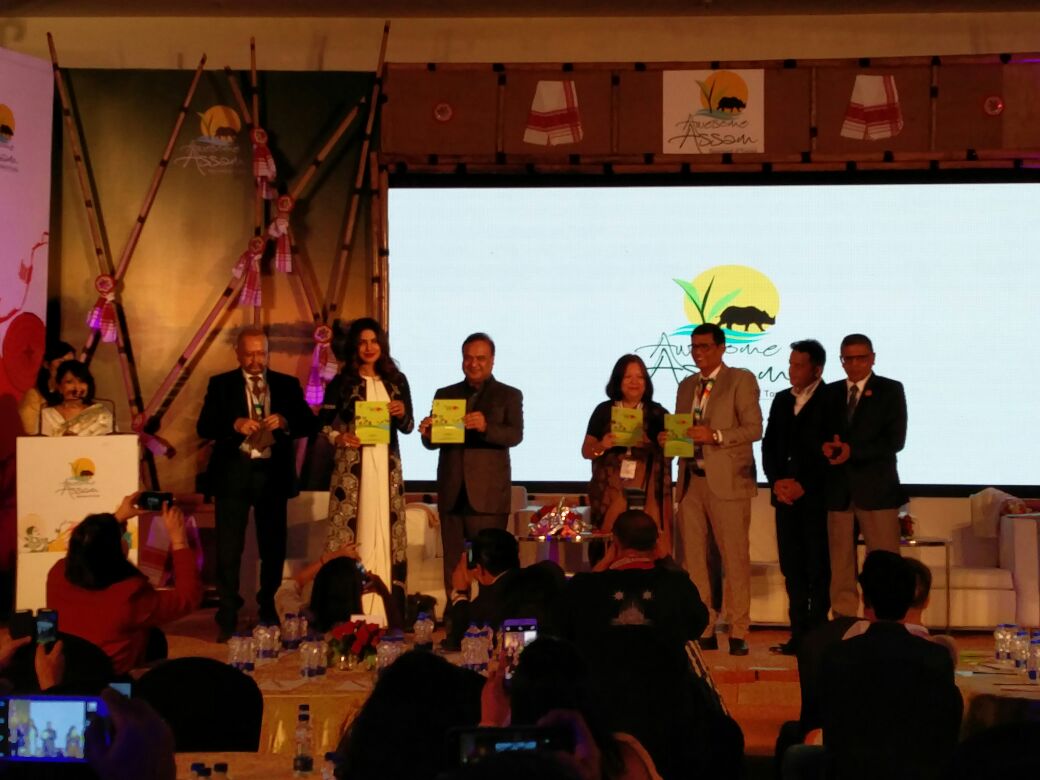 Guwahati: Assam chief minister Sarbananda Sonowal handed over sanction letter to beneficiary of Amar Alohi village homestay scheme on Tuesday. He said that considered as a hot bed of eco-tourism and bio-diversity, Assam has immense potential towards tourism.

The Amar Alohi village homestay scheme was launched to infuse self-sufficiency among the educated unemployed youths of the state. The main objective of the scheme is to facilitate accommodation and food to the tourists in the rural areas.

Under this scheme stilt houses to be built in sync with natural milieu of the state with a financial outlay of Rs 10 lakh of which 80% will be borne by the State government as subsidy.

The minister also said that to attract the attention of seven hundred crore people across the globe, the tourists’ sites of Assam will have to be developed maintaining the sanctity of their peripheries.

Under the Parjyatan Sarothi scheme, around 5000 people engaged in tourism will be given electronic gadgets with an aap ‘Awe Assam’ for facilitating online booking and other logistic facilities.

The state government under the ‘Uttaran’ scheme has sanctioned Rs 10 crore and the forest, environment and tourism departments have been asked to unitedly build a roadmap for the promotion of tourism surrounding the wetland.

Terming the people living at the peripheral areas of Deepor Beel as fortunate, Chief Minister Sonowal asked them to extend all possible help to the steps of the government for the promotion of tourism in Deepor Beel.

He said that in the last 4.5 years State government planted 10 crore saplings and set up Sahitya Manishi Upobon as a result of which 222 sq km forest cover has been created according to the Forest Survey of India.