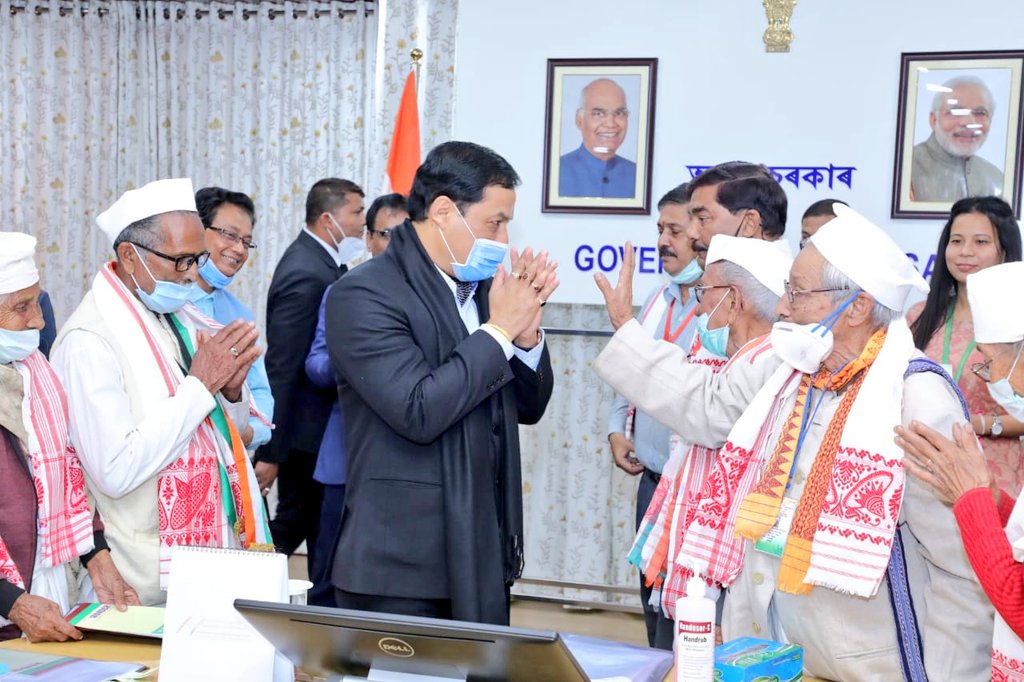 GUWAHATI: Assam government has announced its decision to increase the pension and financial assistance to next-of-kin of freedom fighters of the state.

Sonowal held a discussion with the representatives of the Assam State Freedom Fighters’ Association at the state guest house at Kharghuli and agreed to address the long pending demands of the forum.