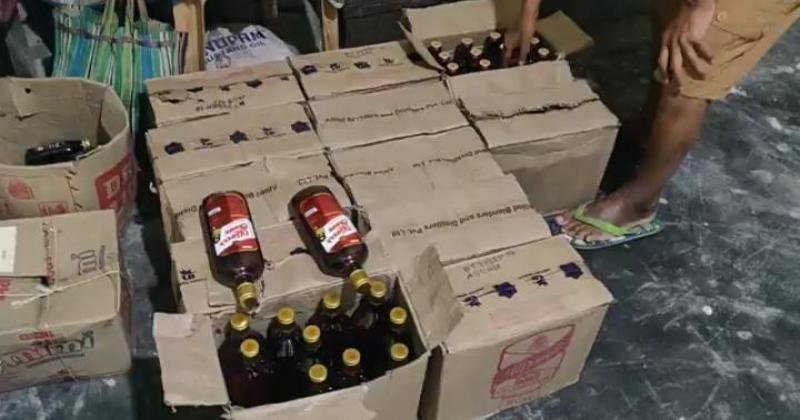 Guwahati: An increase in the flow of liquor into poll-bound Assam through inter-state and international borders has raised alarm in the state. The Election Commission of India (ECI) has asked the Sate Excise department to be extra vigilant, following which the department is taking up the matter with its counterparts in the neighbouring States of Meghalaya, Arunachal Pradesh and West Bengal.

Recently, a meeting was held by the state excise department in connection with inter-state and district co-ordination for enforcement of excise lodge in the office of the deputy commissioner at Tezpur, between the officials of Assam and Arunachal Pradesh comprising the excise commissioner, Assam, deputy commissioner and superintendent of police of Sonitpur and their West Kameng counterparts.

In the meeting, the commissioner of excise, Assam, apprised the officials about the directions issued by the Election Commission in connection with forth coming assembly election.

The details of ENA procured from other states by the bottling plants of Arunachal Pradesh will be shared with Assam Excise Department. This will prevent any possible leakage en-route.

The liquor consignments imported/exported by Arunachal Pradesh which will report in check posts of Srirampur and Sagolia will report at check-post of Bhalukpong or other concerned check-post situated at the entry and exit point of Assam.

Vehicle failing to report at these check posts will liable to be seized. Details of the vehicles checked, shall be reported daily to the Commissionerate of Excise for giving needful intimation to the Chief Election Officer, Assam.

Similar guidelines will be applicable to the Bonded Warehouses and Wholesale Warehouses of Arunachal Pradesh. Further instructions will be issued by the Commissionerate of Excise, Assam.

To deter the small-scale influx of liquor by camouflaged vehicles, the West Kameng District Administration has been directed to take up the issue of restricting the movement of vehicles at the Arunachal Pradesh check posts after 5 pm. List of habitual offenders will have to be shared by Sonitpur Police with Excise.

Excise Department, Sonitpur shall submit the details of such offenders to the Commissionerate and shall keep surveillance on them. West Kameng District Administration will also keep a strict vigil on the opening and closing time of all the manufacturing plants and other licensed premises.