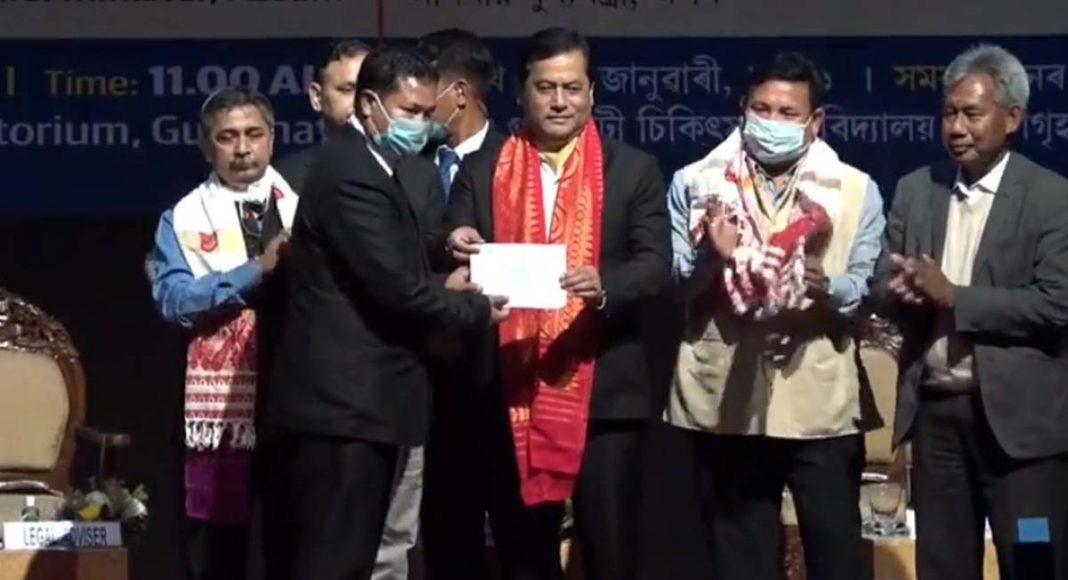 Guwahati: The Assam Government has provided a financial aid of Rs 4 lakh each to 1,279 surrendered National Democratic Front of Bodoland (NDFB) cadres on Tuesday.

In a ceremony held at Gauhati Medical College and Hospital (GMCH) Auditorium, Assam chief minister Sarbananda Sonowal himself has handed the amount to the ex-NDFB members.

The money was distributed as fixed deposit amount to the surrendered NDFB members from four districts in BTC and 10 other districts.