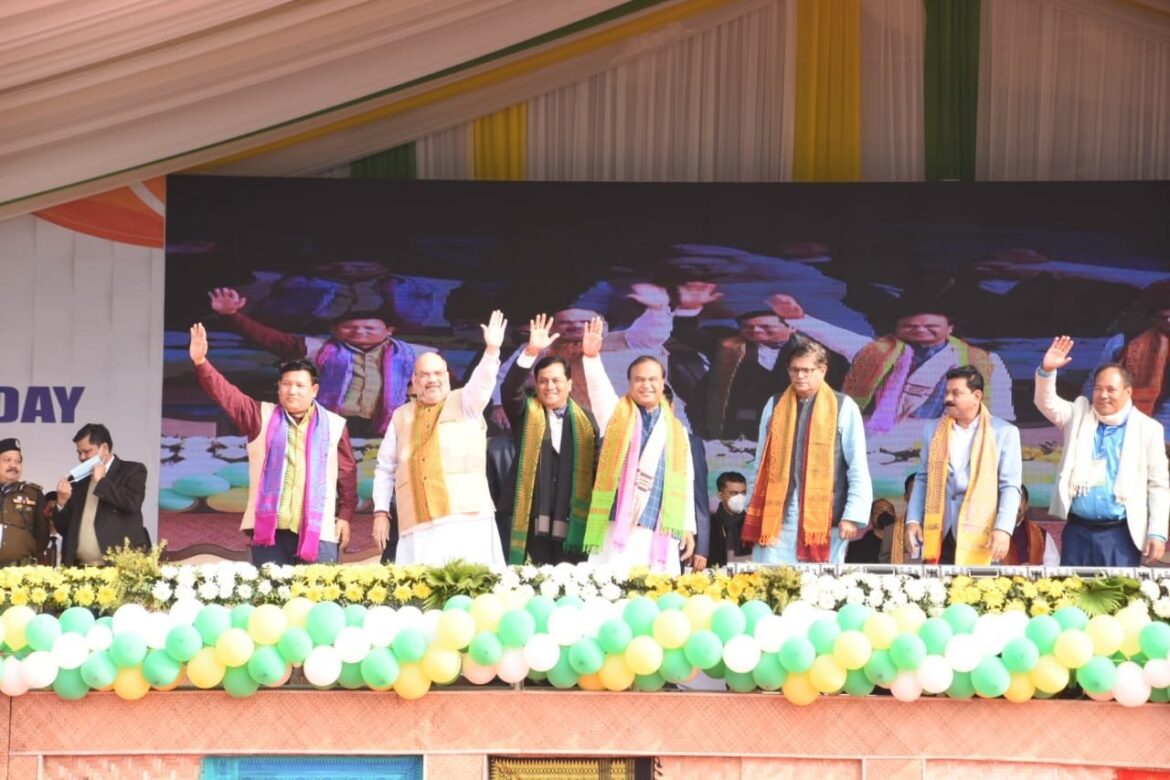 Attending the first anniversary celebrations of the historic BTR Accord in Kokrajhar, Himanta Sarma announced a goodwill package of Rs 500 crore for the development of road and infrastructure in the region.

“I am happy to announce that the state government yesterday had approved a goodwill package of Rs 500 crore for the development of roads in the BTR,” the minister informed in his speech.

Sarma stated that a new campus of Bodoland University would soon come up in Udalguri district. The state government will also set up model colleges in Chirang and Baksa as promised in the run-up to recently-concluded Bodoland Territorial Council (BTC) elections.

As a part of the celebrations, families of martyrs who were sacrificed during the conflict times in the region were given compensation cheques of Rs 4 lakh each.

Sarma made the announcement as part of his deliberation during the celebrations of the first Bodoland Peace Accord Day in the presence of Union Home Minister Amit Shah, Assam Chief Minister Sarbananada Sonowal, other senior BJP leaders and Bodoland Territorial Council (BTC) chief executive members and executives.

The list of projects or schemes for which foundation stones were laid by home minister Amit Shah are: