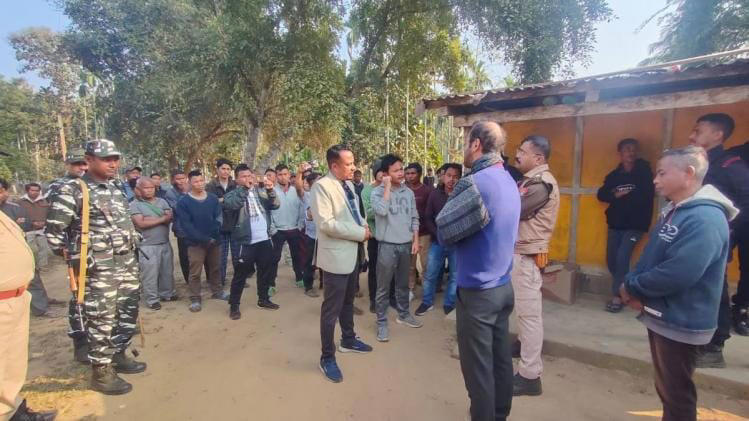 Guwahati: Tension erupted in Bhalukmari village under the Boko revenue circle in the Kmarup district along the Assam-Meghalaya border, officials said on Friday.

According to a police official, a scuffle broke out between people of Assam and Meghalaya on Thursday following a meeting at a private school premises in Bhalukmari village. The meeting was reportedly organised by some people from Meghalaya.

Village headman said,  “A meeting was planned by few leaders from Meghalaya in the school. When we learned about the meeting, a few of us, including the village president, asked them to end it and issued a warning not to hold any Meghalaya-related meetings in Assam’s territory,” Villagers also alleged that that the people of Meghalaya have tried to establish that the school falls within the boundary of Meghalaya.

“Knowing their motive, we went there and tried to stop them from holding any meeting here on our land, and they launched an attack on us,” he said.

Following the incident, a team of Assam Police and district administration rushed to the village and tried to pacify both groups.

“The situation is under control now. We discussed with both groups, and the area is peaceful,” said Boko Revenue Circle Officer Dibash Bordoloi.