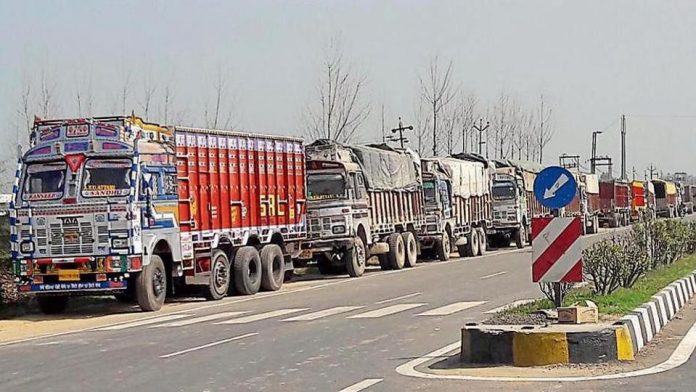 Guwahati: The economic blockade against Nagaland, at the New Sonowal BOP near Assam-Nagaland border at Mariani-Mokokchung road, has been temporarily suspended.

The blockade was observed since November 15 after a border dispute between the two states. It was imposed by various organisations and has been lifted for 36 hours from 6 am of Wednesday as a goodwill gesture.

On November 17, blockade was temporarily lifted only to resume within hours.

Tension has erupted at the inter-state boundary since November 10 following construction of a temporary structure reportedly by Nagaland administration within the Dissoi Valley Reserve forest under Mariani range of Jorhat forest division and then stationing armed Nagaland policemen at the site.

Responding to the situation, the Assam Police has also put up a temporary camp near the spot in order to prevent any further encroachment by Nagaland.

According to reports, the leaders of several organisations has decided to withdraw the agitation in view of the deputy commissioner and SP level meeting of Jorhat and Mokokchung districts.