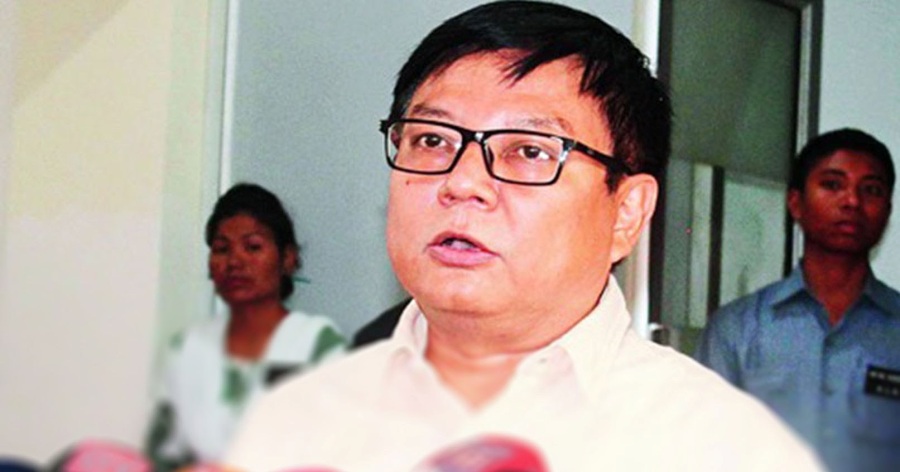 Guwahati: The Leader of the Opposition Debabrata Saikia has demanded a police probe into the incident of alleged sloganeering of ‘Pakistan Zindabad’ by All India United Democratic Front (AIUDF) supporters in front of Silchar airport.

A video in which several AIUDF supporters were believed to be shouting ‘Pakistan Zindabad’ while welcoming the party chief Badruddin Ajmal at the Kumbhirgram airport in Silchar on his arrival has been making rounds.

Saikia in a statement said, “I feel extremely concerned over media reports that some people raised ‘Pakistan zindabad’ slogans at the Kumbhirgram airport after the arrival of the AIUDF President, Badruddin Ajmal. The exact word used by the sloganeers could not be made out distinctly from the news reports due to background noise in the video footage.

The state government should immediately direct the police to question the assembled people, analyze all available video footage and utilize forensic technology to ascertain whether the word used before the word ‘zindabad’ was actually ‘Pakistan’ or something else.”

He added that if the word ‘Pakistan’ was actually used, then those guilty of this nefarious act must be identified and brought to book.

“The force which is trying to create unrest in our society via such condemnable deeds must be identified and awarded stringent punishment,” the Opposition leader said.

Look at the brazenness of these fundamentalists anti-national people who are shouting PAKISTAN ZINDABAD while they welcome MP @BadruddinAjmal.

This thoroughly exposes @INCIndia which is encouraging such forces by forging an alliance. We shall fight them tooth & nail. Jai Hind🇮🇳 pic.twitter.com/CiHZjDweFF

AIUDF on the other hand rubbished the allegations and alleged that the video was doctored and being circulated with malicious intention to defame the party.

AIUDF general secretary Aminul Islam clarified, “It’s a political conspiracy. Our supporters were shouting ‘Aziz Khan zindabad’. There were security forces all over the airport and if anyone had shouted Pakistan zindabad then they would have surely taken action. It’s a conspiracy by BJP to malign our party image.” It may be mentioned that AIUDF and Congress have already made a pre-poll alliance ahead of the 2021 Assam polls.

Press Statement by AIUDF on cheap politics by BJP, how they along with a section of media distorted the slogan 'Aziz Khan Zindabad' into 'Pakistan Zindabad'. pic.twitter.com/obzPASSLNg

We have asked @assampolice to investigate the matter under all the laws: @himantabiswa on anti India slogans in Silchar pic.twitter.com/yFONvTyzfJ