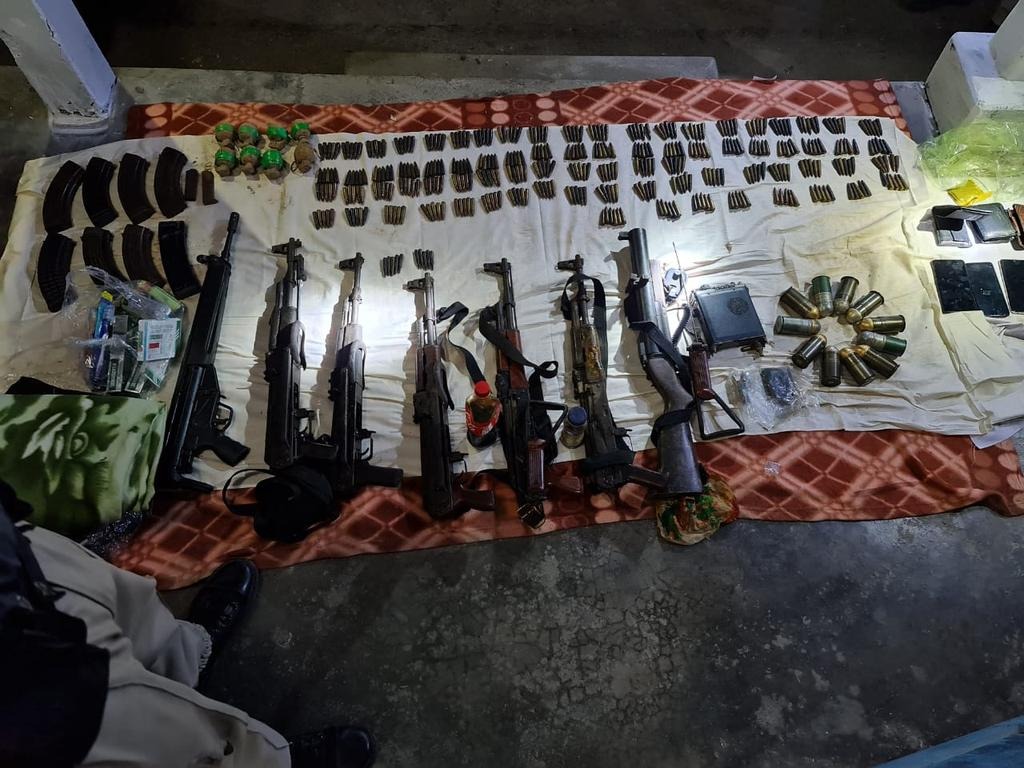 GUWAHATI: Assam Police on Thursday conducted a raid at the residence of former militant group Bodoland Liberation Tigers (BLT) leader Jonomohan Muchahary in Kokrajhar in connection with a case of illegal weapons in the Bodoland Territorial Council (BTC) region.

On Wednesday, Kokrajhar Police have recovered five AK 56 Rifles, eight magazines, one UBGL with 11 Shells,  one HK Rifle, and a huge cache of ammunition in the Gosaigaon area of the district. Police said the raid was conducted in connection with the recovery of the weapons.

Kokrajhar Superintendent Rakesh Raushan said, “We have recovered several items during the raid but can’t disclose the details now.”

Muchahary who has been serving as the president of Ex- BLT Welfare Association said that he has been working for peace in the region since he had given up arms. He claimed, “I have cooperated fully with the police procedure.”

Earlier, BTC chief Pramod Boro stressed the urgent need of freeing the BTC region from illegal arms. “Serious action will be taken upon all elements who are involved in the illegal gun-running in the area,” Boro said.

Since the beginning of 2020 when the latest BTR peace accord was signed and NDFB disbanded itself, state police and security forces in BTR have seized at least 215 firearms including sophisticated weapons like four HK series rifle, 56 AK series rifles, a rocket launcher, a grenade launcher and 22 country-made rifles.

Assam Police ’s official statistics added, “Some 585 explosives including 329 grenades, 242 detonators were also confiscated. In addition, at least 6716 rounds of ammunition were also seized during the period.”