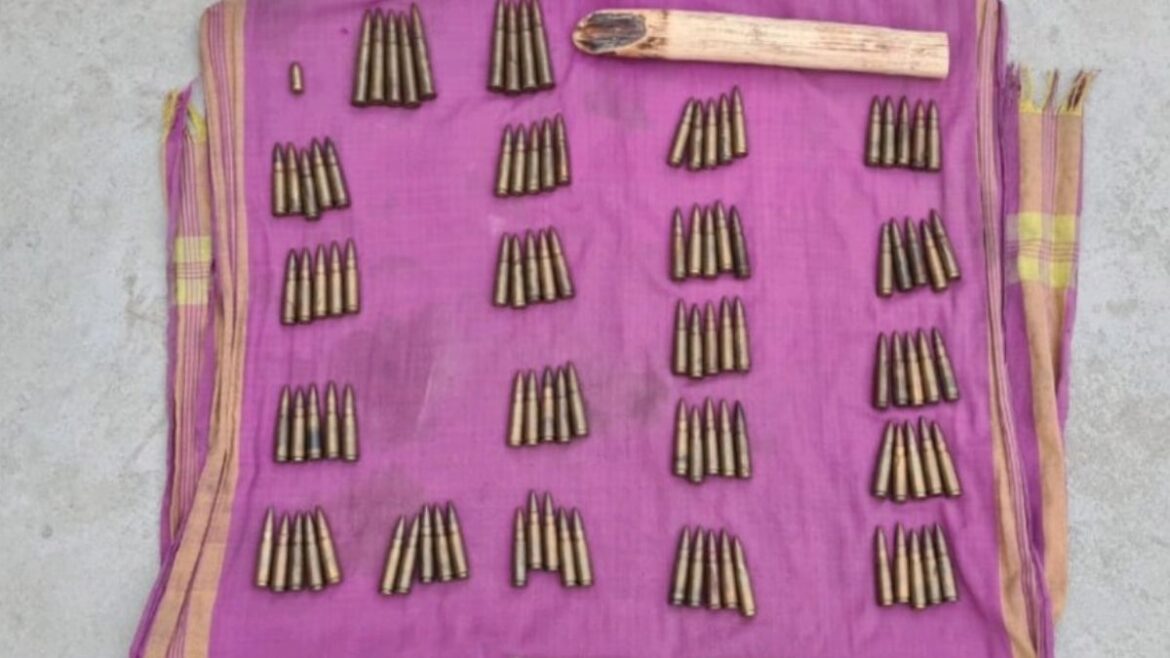 Guwahati: Acting on a tip off, Assam police on Friday evening seized huge number of ammunition and an elephant tusk in Chirang district of Assam.

The recoveries were made from the residence of National Democratic Front of Bodoland-RD (NDFB-RD) militant cadre Janen Narzary.

Taking to twitter, Chirang Police wrote: “Acting on a tip off in the evening of 05/02/2021 search was conducted in the house of NDFB(RD) cadre Janen Narzary alias Jebra and a huge number of ammunition’s of various sizes along with an elephant tusk has been found and seized.”

In another incident, a drive against narcotics was launched where, a team of Barpeta Police destroyed illicit opium cultivation about 2.5 bighas at Joypur under Kalgachia police station.

The team was led by DSPHq Madan Kalita and SI Bhaskarjyoti Das along with other officials.