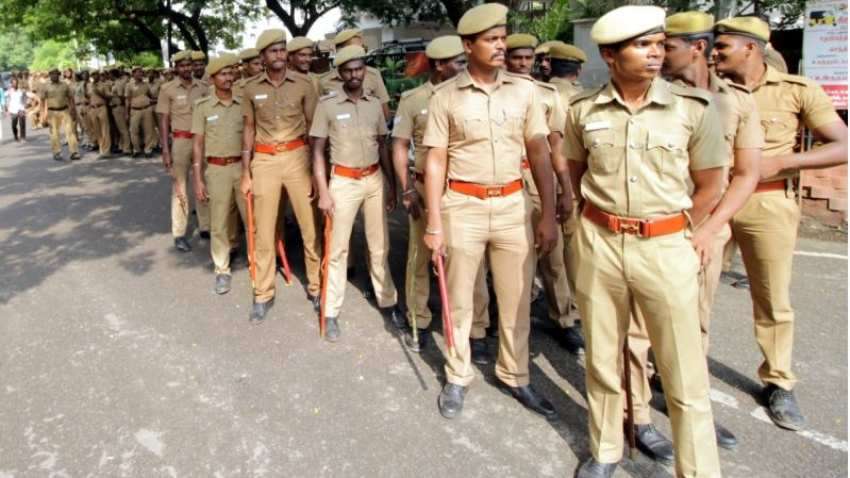 GUWAHATI:  Several top-level cops and ruling BJP party workers have come under the scanner of the Criminal Investigation Department (CID) who has been investigating the question paper leak scam of the Assam Police recruitment for the posts of Sub Inspectors (SIs) for their alleged involvement in the incident.

Since Wednesday night, the CID sleuths have been carrying out multiple raids across the state including the residence of a former Assam Police deputy inspector general (DIG) PK Dutta who has emerged as a key accused in the leakage of the question paper. Dutta was on the run till the filing of this report and his mobile phone was reportedly switched off.

Police besides raiding Dutta’s residence at the Hengrabari area have also raided his two hotels located near the Inter-State Bus Terminus (ISBT) and Lokhra area here.

Meanwhile, during the investigation, the name of senior Assam BJP leader Diban Deka too has surfaced. He was involved in conducting the recruitment exam. Earlier, the investigation had revealed that some 50 candidates had appeared in a secret exam a day before the actual date for the SI jobs.

Deka who was also out of the state on Thursday took it to his social media account and wrote: “I have served the party for 24 years and I will never my party and the state government down. I was involved in conducting the exam on September 20. On that day, at around 11.28 AM I had received a message on my WhatsApp containing the leaked question paper of the exam and immediately informed the concerned authorities. Those who had leaked the question paper include high profile persons. Many top cops are also involved and I know that my life is in danger now. So I have decided to reside outside the state and would like to request the chief minister to give protection to my family back there in Assam. I will reveal everything at the right time.”

On Sunday, the examination held across some 154 centers across the state had to be canceled after authorities took cognizance of the alleged leak of the question paper on social media.

CID sources said that Assam Police SI jobs were offered to candidates in exchange for up to Rs.15 lakhs. “The investigation has also found a link to a separate recruitment exam for the state’s agriculture department conducted earlier. Possibly more people will be quizzed,” sources said. So far at least three persons have been arrested officially and many have been undergoing quizzing.

The entire episode of the corruption that has come to the fore around the SI recruitment exam has come as a major embarrassment for chief minister Sarbananda Sonowal who is also the home minister.

Sonowal has already directed Assam Police chief Bhaskarjyoti Mahanta to expeditiously conduct the inquiry and to investigate if any vested interest group conspired to derail the recruitment process taken up by the state government.