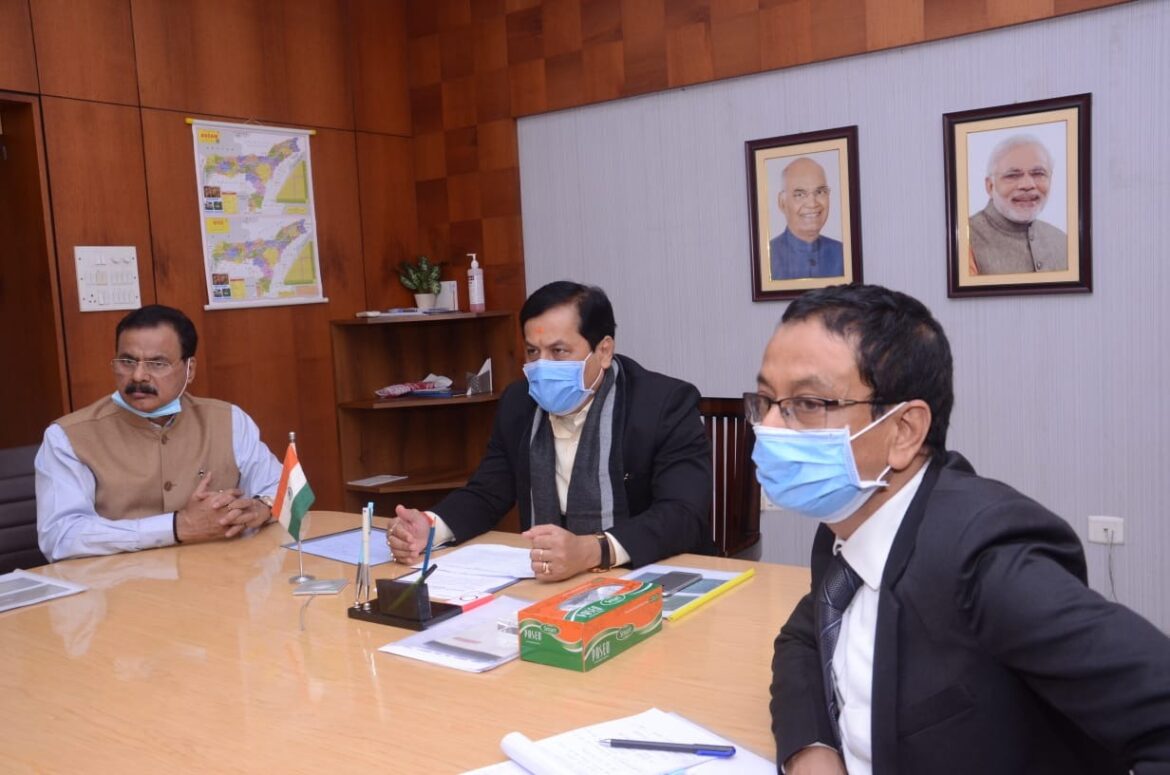 Guwahati: The Central Government is likely to undertake a Rs 3,000 crore project to further improve Assam’s waterways in the Brahmaputra and Barak rivers to boost trade in the entire northeast region and the neighbouring states.

Assam chief minister Sarbananda Sonowal held a discussion with the union minister of state for ports, shipping and waterways Mansukh L Mandaviya virtually on Thursday in the city.

During the discussion, the union minister shared a detail framework of nearly Rs 3,000 crores project for improving navigation, transportation, trade and commerce of the rivers Brahmaputra and Barak, the national waterways 2 and 16.

The move would improve institutional capacity and existing framework of water transportation in the Brahmaputra and Barak rivers to achieve scalable height in trade and commerce, an official release stated.

In the meeting, Sonowal reiterated the need of re-strengthening the existing transport facilities and utilising the optimum potential of the Brahmaputra and Barak rivers as the two rivers have served as the lifeline of trade and commerce as well as connectivity since the British period and provided connectivity with neighbouring countries.

Union Minister L Mandaviya said that true to the spirit of the Central government for the development of Assam and other North eastern states under the leadership of Prime Minister Narendra Modi, the multi crore project would encompass all critical areas like development of multimodal logistic hubs with last mile connectivity, passenger and cargo terminals, construction of new jetties, among others.

Assam Chief Minister Sonowal while assuring total cooperation from the State government said once fully implemented the entire 891 km stretch of the Brahmaputra from Sadiya to Dhubri and Barak would get new lease of life in providing gateways to neighbouring countries which would also catapult to the success of Act East Policy.