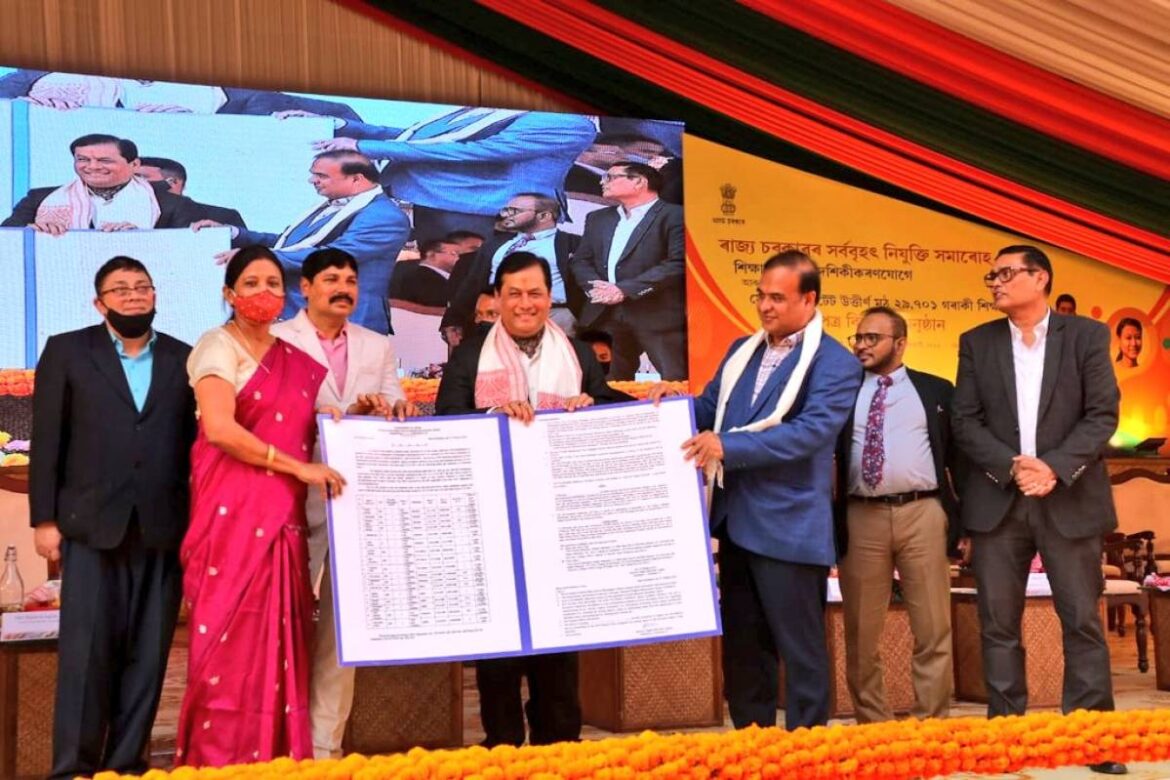 In a major push to employment generation and the education sector in Assam, the state government on Thursday (5 February) appointed 29,701 teachers in what marks the biggest ever appointment letter distribution event in a single day, reports Economic Times.

On the occasion, Chief Minister (CM) Sarbananda Sonowal thanked the state’s Education Minister Himanta Biswa Sarma for his leadership and also emphasised that the appointment of 29,701 teachers is a testimony of the state government’s keen interests to bring about qualitative improvement in the education sector.

Speaking at the event, state minister Sarma announced that in the coming 10-15 days, another five thousand teachers would be appointed.

He further said that the BJP-led Assam government has appointed 71,765 teachers in the state schools since coming to power in 2016.