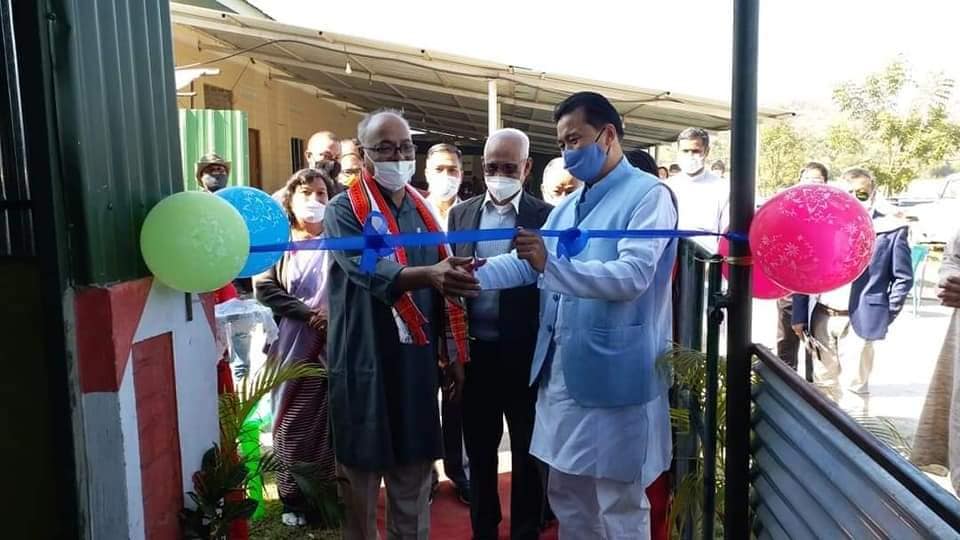 Manipur Prant Pracharak as presidium members, said a statement released by office of the Textiles, Commerce and Industry Ministry.

Minister Th Biswajit said Manipur had the largest number of weavers according to the National Handloom Census Report, 2019 with 2.12 lakhs weaver and 2.11 lakhs looms, surpassing even Assam which is larger than Manipur in terms of both population and area.

The Minister also said Manipuri women had a long standing history of earning a living by weaving to support running of the family and nurturing their kids.

Th Biswajit also said when COVID-19 pandemic hit the State, the Government brought products from the weavers of Manipur to ease their woes resulting from closure of markets and the Government had also initiated many schemes for the welfare of the weavers including the distribution of 2250 looms during the inaugural function of MANITEX 2020 .

Biswajit added that in the last 3 years the BJP led Government has taken up and completed many development works in the State and all should appreciate the good work done by anyone without looking at it through a political lens.

He also said the opening of the new Handloom Unit will benefit the womenfolk of the area and expressed the need to focus on industrialisation and entrepreneurship for development to become a reality in the State.

Ulhas Kulkami said that Manipur is famous not only for sports, art and culture but also for the skills of the youths and the present condition of Manipur is very peaceful which is very fortunate for the people.