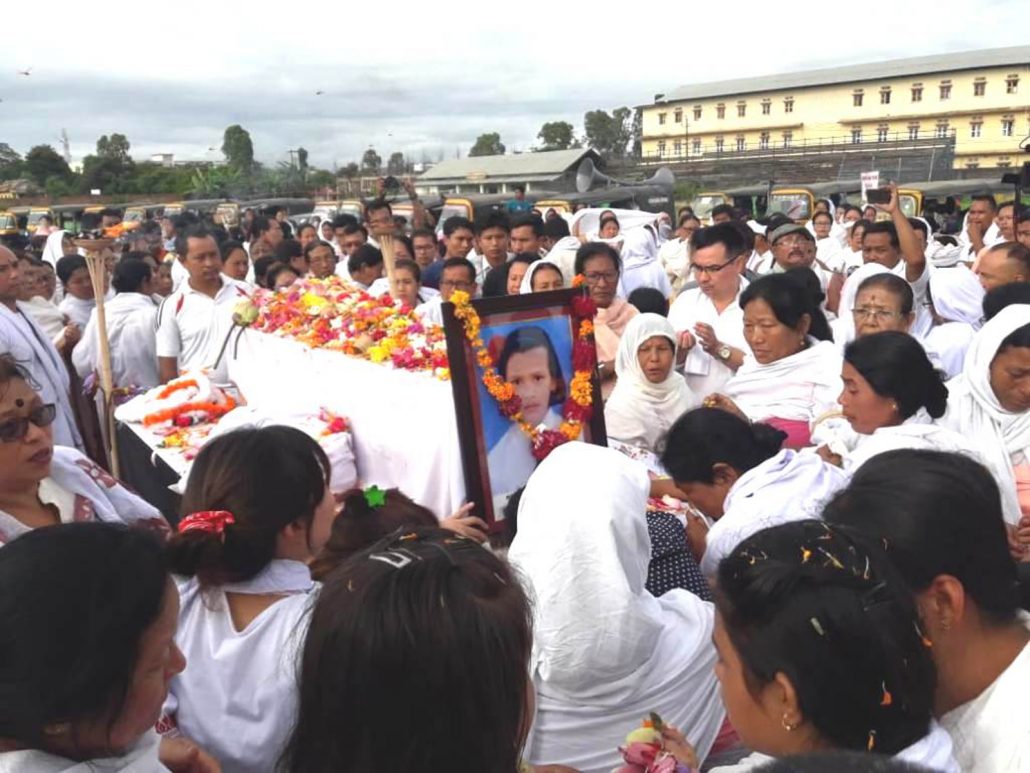 Imphal, April 01 2021: The CBI has submitted its final report in connection with the controversial death of Ningthoujam Babysana Chanu on July 18, 2019 inside the hostels of Standard Robarth Higher Secondary School, Imphal.

The final report states that the charge sheet could not be file against the accused persons due to lack of evidence during investigation. Report states that no evidence to prove that the accused persons were part of a common intention to murder, or abetment of suicide of Babysana Chanu or were cruel to the child (Babysana) or had cheated any person could be establish.

Nonetheless, the Court directed the Additional Superintendent of Police, CBI, SCB, Kolkata to submit the articles/documents and statements of the witnesses related to the case on or before April 28 .

Notably, Ningthoujam Babysana Chanu (14) of Thangmeiband Maisnam Leikai, then reading in Class VII at Standard Robarth Higher Secondary School was found hung to death under suspicious circumstances inside a hostel of the same school in the morning of July 18, 2019 .

The case was first handled by Singjamei police station after which it was transferred to a special investigation team constituted at the behest of the State Government.

Later, the case was taken over by CBI, SCB, Kolkata in November 2019 in accordance with an order issued by the High Court of Manipur.

The CBI had formally agreed to take up the case on December 6, 2019 and a compliance report towards this was submitted before the Court of the Chief Judicial Magistrate on the same date.

Significantly the JAC formed in connection with the death of the young student had been demanding a CBI probe into the case.

Acting on the directive of the High Court of Manipur on November 6, 2019 to investigate the case, a three member team from CBI, Special Crime Branch, Kolkata was constituted under CR Das, DSP, CBI (SCB), Kolkata and a regular case has been registered under Section 305/34 IPC and 75 Juvenile Justice (Care and Protection of Children) Act.

Five accused were earlier arrested by Singjamei Police and Special Investigation Team constituted in connection with the death of N Babysana .