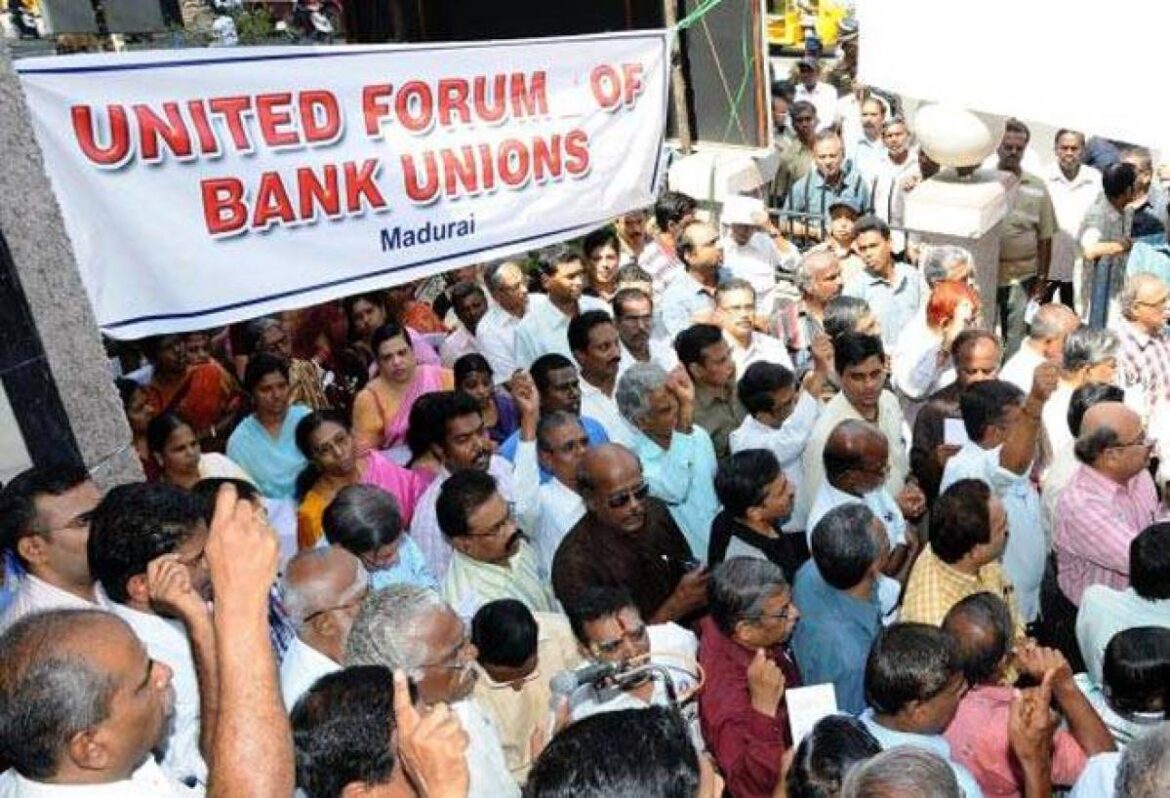 Union Finance Minister Nirmala Sitharaman declared in the Union Budget 2021-22 that two state-run banks besides the IDBI bank and a general insurance company will be privatized in the coming financial year.

Moreover, an announcement was also made of the proposed initial public offering (IPO) of the Life Insurance Corp. of India (LIC).

The government has also raised the Foreign Direct Investment (FDI) limit in the insurance sector to 74 per cent from 49 per cent. These measures now seem to have triggered a vigorous response from various trade and bank unions.

The Unions allege that the government’s divestment agenda of profit-making public sector banks indicates its inability to create jobs. Prem Chand, secretary of the Indian Public Service Employees Union said, “The government wants to spend less on people and its public sector undertaking (PSU) disinvestment moves is a clear indication that it is aimed at outsourcing the running of companies, hiring and labour welfare to non-state parties.”

Chand added that such divestment will mean that contract jobs will replace regular jobs and this will cut down employment and social security. He referred to private ownership as “retrenchment” and mentioned that it will result in the end of the workers’ bargaining power.

The government is eyeing Rs 1.75 trillion through divestment receipts in FY22. FM Sitharaman revealed that the government has identified four strategic sectors in which minimal Central Public Sector Enterprises (CPSEs) will be maintained.

These are the companies related to atomic energy, space and defence, transport and telecommunications, power, petroleum, coal and other minerals, and banking, insurance and financial services.

On the other hand, the rest of the sectors will be privatized going ahead. Nagaland Pulp and Paper Co. Ltd, Bharat Pumps and Compressors Ltd, Richardson and Cruddas Ltd, Braithwaite Burn and Jessop Construction Co. Ltd are some of the companies reported to fall under the ambit of non-strategic sectors.