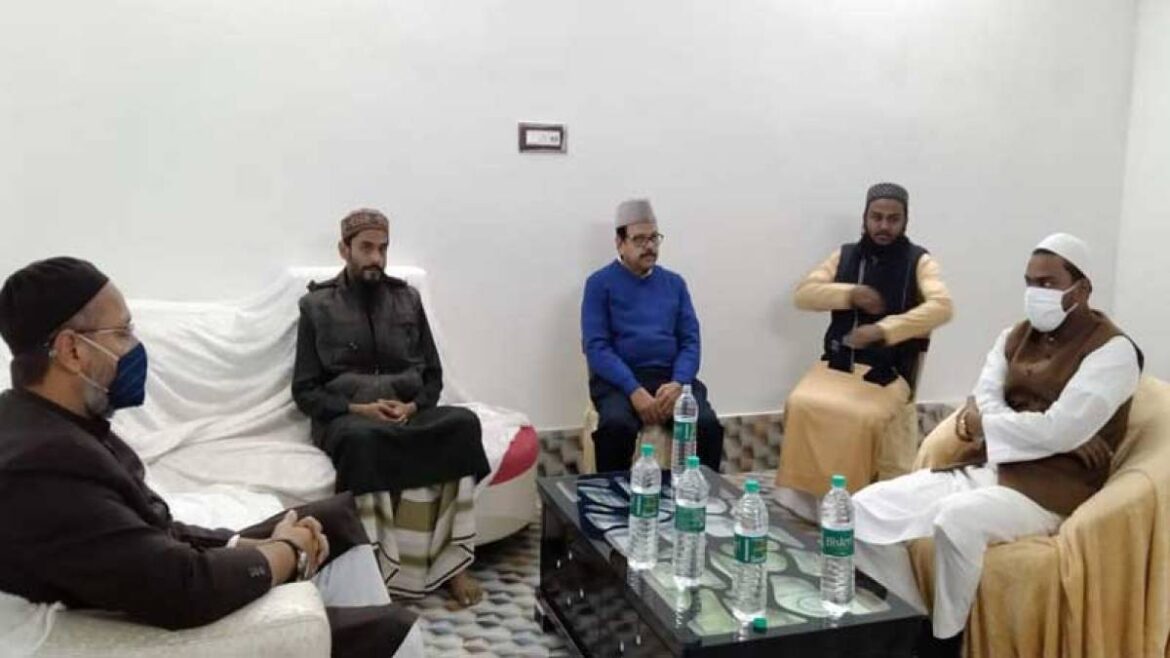 Sensing a political opportunity in Bengal, Owaisi has been silently working consolidating support in few pockets of state where the Muslim population is high.

“Owaisi wanted to keep the meeting a secret as we were apprehensive that the TMC government would stop him from exiting the airport. From Kolkata airport, he went straight to Hooghly to meet Abbas Siddiqui. He will leave for Hyderabad in the afternoon,” PTI quoted AIMIM state secretary Zameerul Hassan as saying.

Abbas Siddiqui Furfura, an influential Islamic cleric in Bengal, has already announced his plan to contest the West Bengal assembly elections in 2021. He belongs to the Siddiqui Furfura Sharif Darbar located in Jangipara in Hooghly district. Furfura Sharif is said to hold considerable influence in districts such as Hooghly, Burdwan, Murshidabad and North and South 24 Parganas—which account for 120 of the 294 assembly seats.

Earlier this year, Abbas Siddiqui Furfura courted controversy when a video emerged in which the cleric could be heard saying, “Allah Amar Bharat borshe emon kathin ekta virus dig, ei bharat borshe jano, 10-20-50 koti log more jaye (I pray to Allah that he sends such a deadly virus in India which kills up to 50 crore people)“.

Abbas Siddiqui Furfura announced that he will campaign for a liquor ban, death sentence for rapists and the handing over of Muslim and adivasi properties to the communities.

Abbas Siddique Furfura has been criticizing CM Mamata state government over a host of issues.

“There are four crore Muslims in West Bengal. Mamata should not forget that we can always resurrect the Congress or the CPI(M) from their graves as the secular alternative in West Bengal,” he once warned the CM

Muslims in Bengal, who constitute 30 per cent of the population, largely follow either of two religious institutions—the Jamiat Ulema-e-Hind (which conforms to the Deobandi ideology) and Furfura Sharif.

Muslims have acted as a bulwark of the TMC against its rivals till 2019 Lok Sabha polls.

In event of significant division in Muslim vote share, who hold sway in 90 of 294 Assembly seats in the state, Mamata’s re-election prospects next year will be jeopardized.

After winning the Kishanganj seat in Bihar for the first time, Owaisi’s AIMIM paid more attention to Bengal. Though he yet to launch AIMIM officially in the state, Owaisi has already engaged local youths to spread the party’s ideology and stand among Muslims in Kolkata, North Dinajpore, Malda, Murshidabad, Jalpaiguri and Nadia districts.

Speaking to News18, AIMIM’s West Bengal head Jamirul Hassan, said, “We will contest in all the seats in Bengal in 2021. Our agenda will be the betterment of Muslims in Bengal.”

In the last Lok Sabha elections, the state witnessed a polarised two-way contest. The BJP openly played the Hindutva card, while the TMC banked on Muslims. Such was the polarisation that even Matuas (strong supporters of the TMC) voted for the BJP, which repeatedly raised the citizenship controversy during campaigning.

Given the context, Siddiqui’s candidature could actually help the BJP since Muslim votes would then get divided. While the polarisation came as a concern for TMC (as Hindu votes are shying away towards BJP), Abbas Siddqui’s and AIMIM’s plan to contest 2021 Assembly poll in Bengal, could be a boon for BJP due to inevitable division in Muslim vote share.

On the other hand, in the 2016 Assembly elections, BJP’s vote share was 12 per cent and in 2019 Lok Sabha it went up to 39 per cent. There was an increase of 27 per cent vote share mainly because of Hindus moving towards the BJP.

West Bengal accounts for the second highest Muslim population in India, nearly 2.47 crore, who form nearly 27.5 per cent of the state’s population.