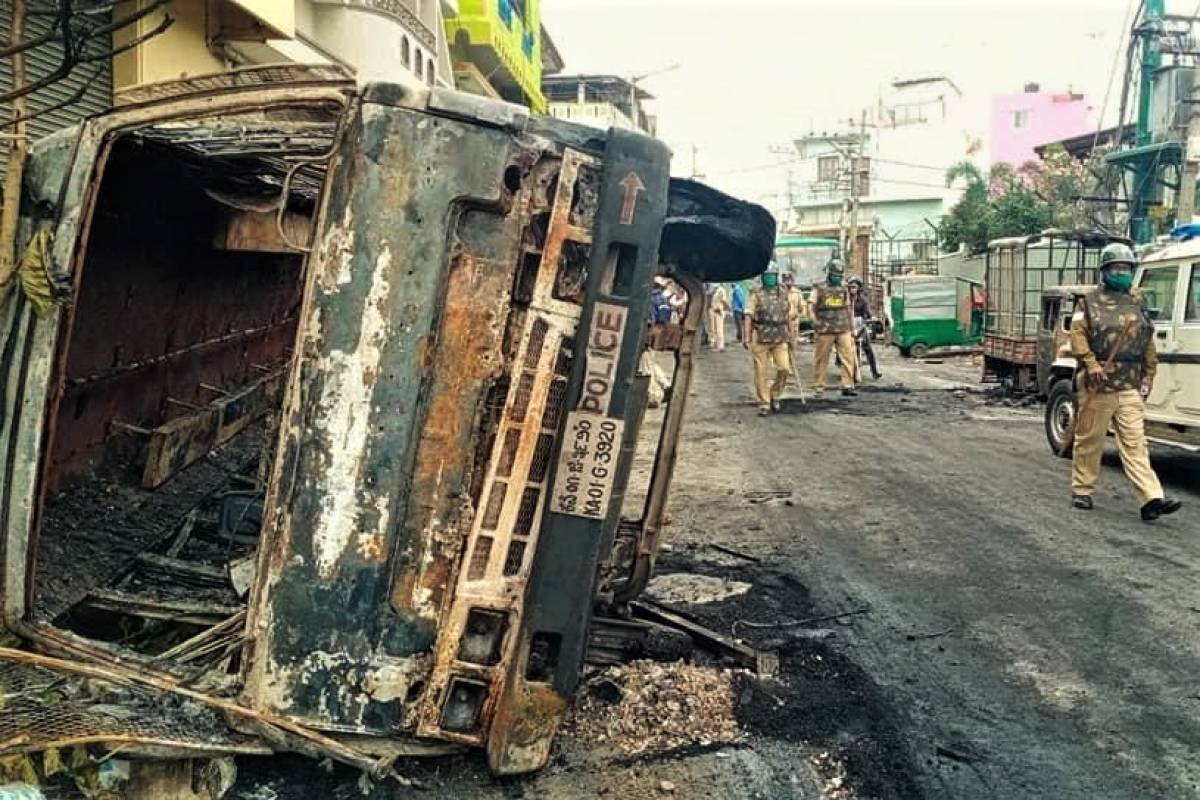 “We have arrested Sayed Saddiq Ali, a key conspirator in the attack on the KG Halli police station in the city’s north-eastern suburb on 11 August, which resulted in heavy damage and destruction of public and state property,” a NIA official said in a statement.

The 44-year-old key accused works as a recovery agent with a bank and has been absconding since 11 August riots in which a Congress legislator’s house was also set on fire and a number of public and police vehicles were torched.

Three persons were killed when police opened fire on August 11 to quell the mob violence, which broke out over a derogatory post in the social media (Facebook) by Congress legislator Akhanda Srinivasa Murthy’s nephew (Naveen) on that fateful night.

About 400 people were arrested in connection with the riots.

Some of the accused held in the riots case are said to be members of the SDPI and PFI, which are fringe politics outfits in the southern state.

The NIA took over the probe into the two riot cases on Wednesday under various sections of the Indian Penal Code (IPC) and other related laws.

Murthy is the legislator from the Pulakeshi Nagar assembly segment (reserved).

According to preliminary investigation, Muzamil Pasha and other members of the SDPI and PFI were involved in the violent attack on Murthy’s house in the locality and the two police stations at DJ Halli and KG Halli in the area.