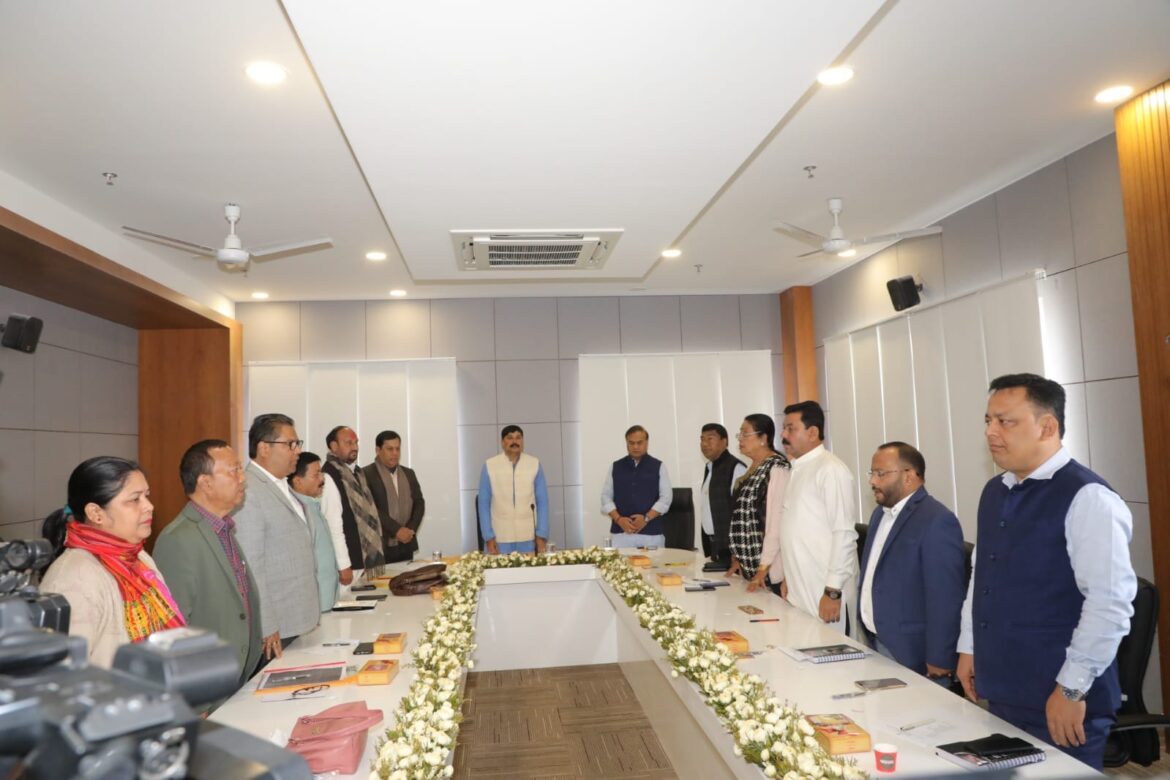 The meeting focused on booth level planning for better organisational work and taking the message of development that the region is witnessing under the visionary leadership of PM Modi to the grassroots level.

Assam Chief Minister Himanta Biswa Sarma on January 1 said that through the delimitation exercise, Assamese society can be saved via demographic change inside Assembly. He said this while speaking with editors and journalists of newspapers, TV channels, and digital platforms on the first day of New Year, 2023 at Koinadhora in Guwahati.

”Through Delimitation exercise we can save Assamese society via demographic change inside Assembly,” he added.

When asked about the government’s decision to merge four districts and whether it is a part of the delimitation process or not, Assam CM said that the decision has nothing to do with the delimitation process.  ”In my opinion, they are going to get a high dividend out of this. We didn’t do this because of delimitation but for administrative purposes. After doing this, when I saw the old norms, I realized that the districts will be benefited a lot. This decision will have an impact on the delimitation exercise. The boundaries will be identified on January 1. The decision has been taken for the welfare of the people and the community,” he added.

Disclaimer: With inputs from IndiatodayNE