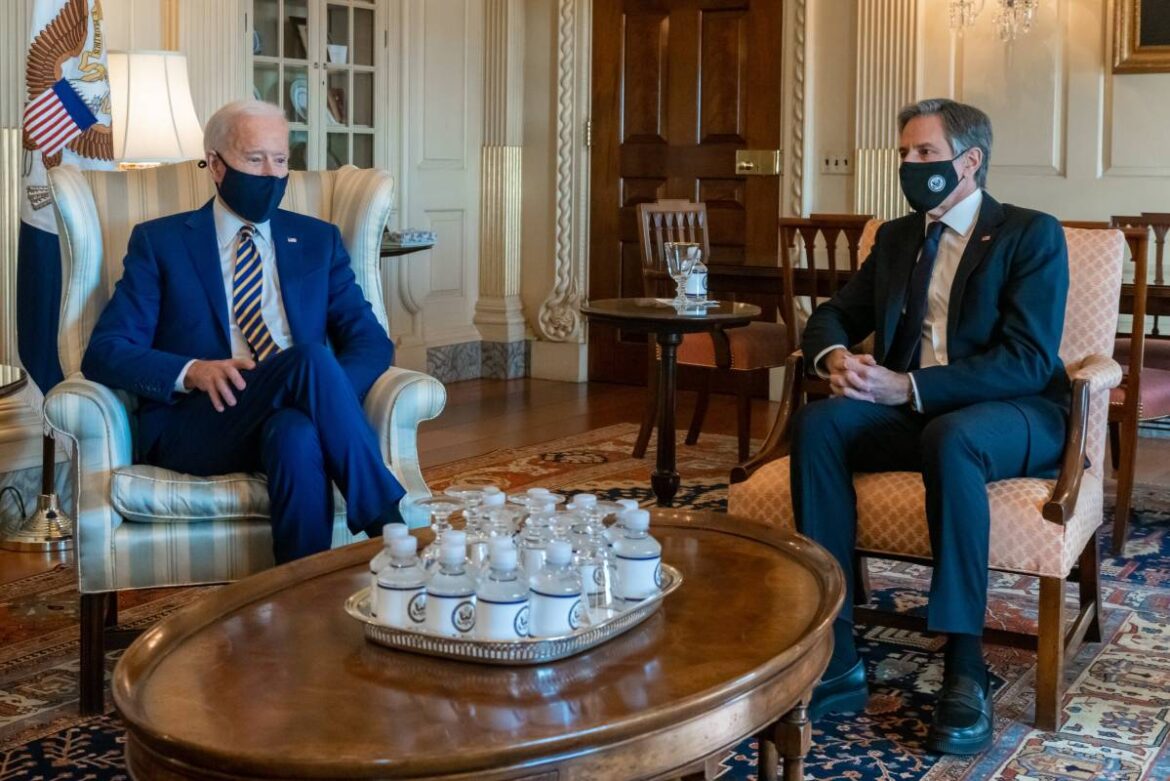 The Biden Administration has warned China that Washington will work closely with its allies to hold Beijing accountable for threatening regional stability, and stand up for human rights.

According to a brief statement released by the State Department, Secretary of State Antony Blinken stressed the United States will continue to stand up for human rights and democratic values, including in Xinjiang, Tibet, and Hong Kong, and pressed China to join the international community in condemning the military coup in Burma.

In his first high-level interaction with commmunist state, Blinken spoke on Friday (Feb 5) with People’s Republic of China (PRC) Director of the Office of the Central Commission for Foreign Affairs Yang Jiechi.

Yang is a key member of the Politburo of the ruling community party which accords him a higher rank than the nation’s foreign minister.

“Secretary Blinken stressed the United States will continue to stand up for human rights and democratic values, including in Xinjiang, Tibet, and Hong Kong, and pressed China to join the international community in condemning the military coup in Burma.” the statement said.

The Secretary also reaffirmed that the United States will work together with its allies and partners in defense of our shared values and interests to hold the PRC accountable for its efforts to threaten stability in the Indo-Pacific, including across the Taiwan Strait, and its undermining of the rules-based international system.

According to Xinhua, Yang urged the US to remedy its “wrong policies” regarding China and work with Beijing to create a non-confrontational relationship.

On Jan 27, Blinken said that that he stands by his Republican predecessor Mike Pompeo ‘s designation of China as committing genocide against the Uighur Muslims.

“My judgment remains that genocide was committed against – against the Uighurs and that – that hasn’t changed,” Blinken told a press conference, according to a State Department transcript.

Pompeo said on January 19 that “we are witnessing the systematic attempt to destroy Uighurs by the Chinese party-state” in the western Chinese region of Xinjiang.