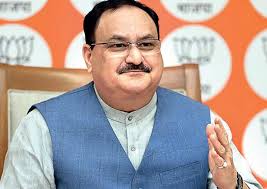 Nadda was initially scheduled to visit the state on December 2, which was later changed to December 14 and 15th.

State president of BJP Nagaland unit, Temjen Imna Along, informed that Nadda’s visit has been postponed again due to “technical issues”.

Citing a communiqué conveyed by the BJP headquarters in New Delhi, Along informed “all the stakeholders” that Nadda’s visit has been rescheduled and the new itinerary would be announced as and when further information is received from the BJP headquarters.

BJP spokesperson and in-charge of Nagaland state, Nahlin S Kohli, who recently came to the state, had informed that Nadda would be visiting Nagaland either this month or next.