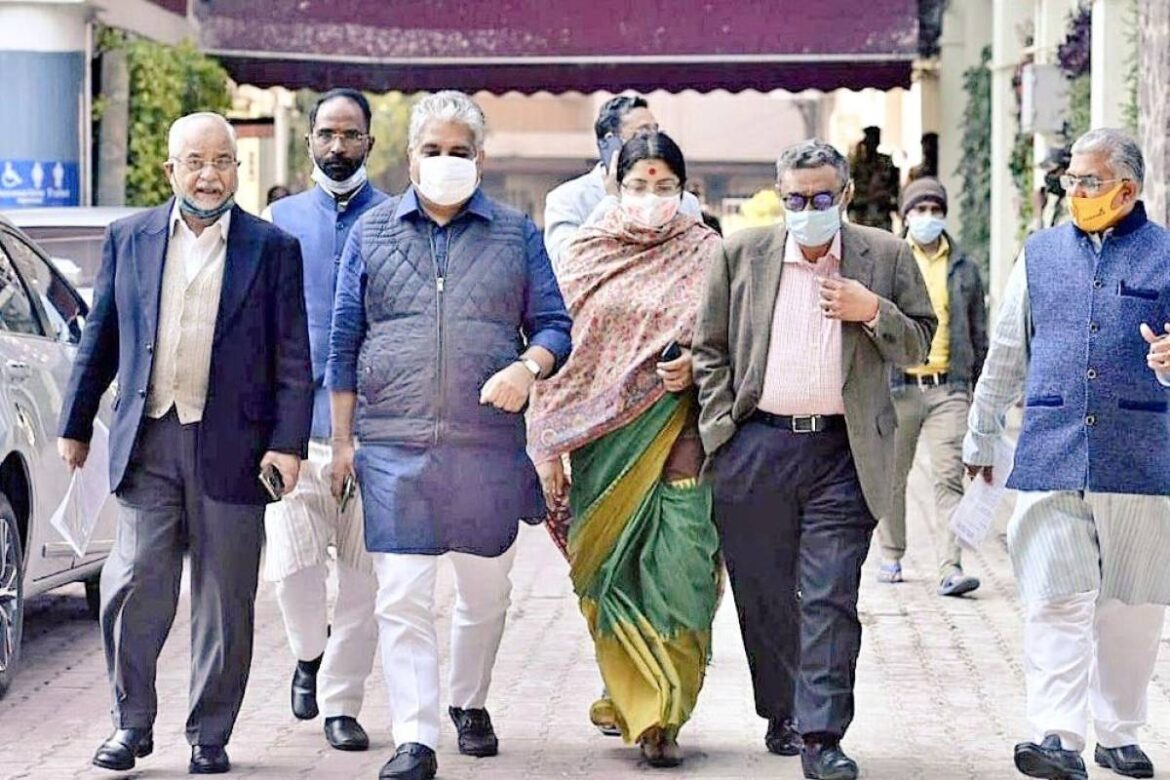 A Bharatiya Janata Party (BJP) delegation on Friday (5 February) met the Election Commission (EC) and requested it to deploy only Central Armed Police Forces (CAPF) in upcoming West Bengal Assembly polls to maintain the sanctity of the process.

In a memorandum to the Election Commission, the BJP said that it is necessary to “deploy members of only CAPF”, duly trained to ensure fairness, dignity, and sanctity of the process.

The BJP delegation requested that the EC should appoint “special observers” to oversee the police and administrative, machineries of the state including their role in deployment of central forces.

The BJP also demanded that police officers who have been accused of political partnership in the past, should be strictly kept out of any or all poll related duties.

The party pointed out that in past there been reported incidents of CCTV cameras been deliberately malfunctioned or destroyed or disruption of its webcast facility in order to effect electoral malpractices.

“Fresh CCTV guidelines be framed wherein re-polling should be mandated for any or all polling stations having CCTV malfunction or destruction or any disruption to its webcast proceedings,” it said.

The BJP also demanded that an all party meeting be called for identification or marking of sensitive booths with real time webcast facilities.

Elections for 294 Assembly seats in West Bengal will take place in April- May this year.

The party further requested the EC to in lieu if “postal ballot” facility — for senior citizens (above 80 years), persons with disability flagged in the electoral roll and Covid affected or suspected person — separate and additional polling booths or stations be made so that they can cast their valuable votes with ease and convenience.