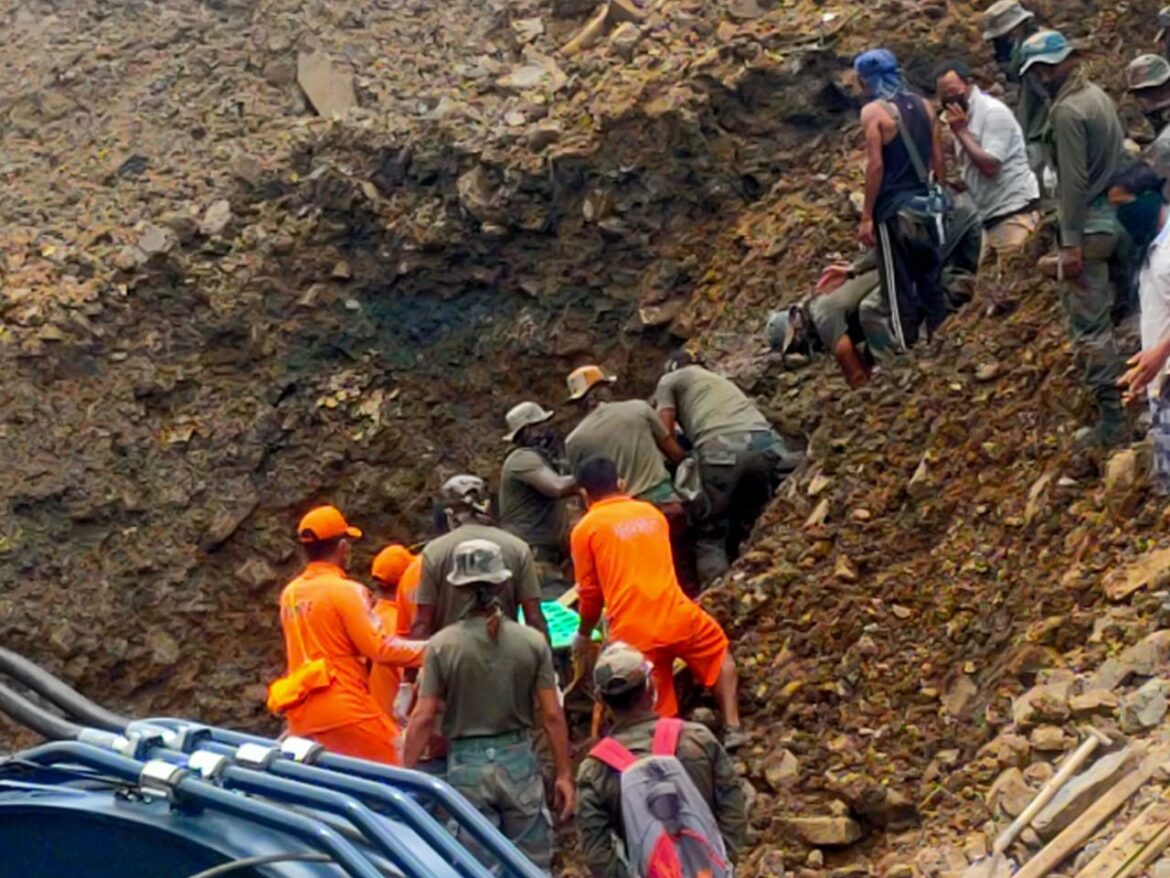 Imphal, July 11, 2022: 2 more bodies were recovered today from the Tupul Landslide site in Makhuam (Marangching). With 2 more bodies, the death toll has rose to 53 and 8 are still missing.

Two dead bodies were recovered at around 11:10 AM. One of them has been identified as Sonal Konwar VSC Railway company. The other body was recovered from Ejei river and dead body remains unidentified.

Rescue and search had been continuing from June 30, 2022 after deadly landslide struck at the railway construction site in Tupul on the intervening night of June 29 and June 30. Tupul, 44 kilometres away from Imphal is proposed railway station.

A massive search and rescue operations were conducted by joint force of NDRF, SDRF, Army, Police and several other agencies.

For the sixth times ,Shri Awangbow Newmai , Minister ,Relief & Disaster ,Water Resources ,Manipur visited to the spot and assess the ongoing search & rescue operation .The Minister also chaired the review meeting at the spot with all the top officials of the rescue team including Additional Chief Secretary ,MH Khan and Deputy Commissioner Shri Haulienlal Guite and Shri M.Gopaldas ,SP/ Noney.

The massive landslides that occurred on the inetervening night of June 29 and 30 at the Railways construction company camp site near Makhuam (Marangching Part -5) in the Noney district of Manipur had blocked and inundated by the debris and mudslides at the Izei river. The incident is very close to Tupul where the construction for the railway lines and station are in progress.

Altogether 81 were trapped. 43 personnel’s from Territorial Army, 3 from Indian Railways, 30 labourers engaged by agency(contractors), 5 civilians including couple running a shop near the site of the incident.