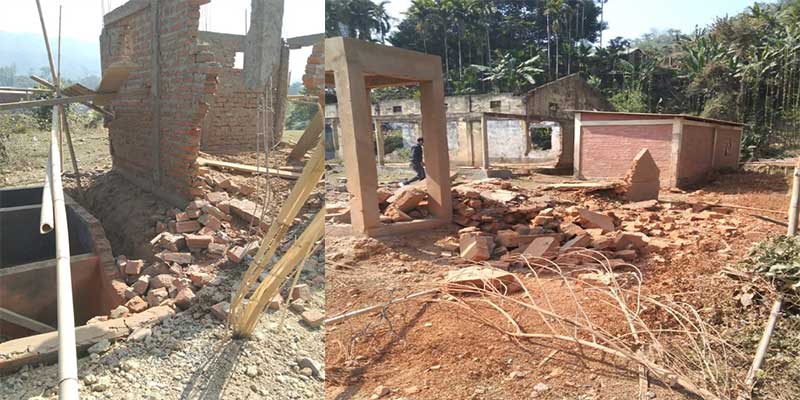 GUWAHATI: Miscreants triggered two bomb blasts at the premises of Muliwala Lower Primary School on the Assam side of the inter-state border here at around 1.30 am on Wednesday.

The damaged school was located near Assam- Mizoram border about 12 km away from Ramnathpur Police Station.

On receipt of information, Ramnathpur Police followed by Additional SP (HQ), Kulendra Nath Deka rushed to the spot and started an investigation.

The twin blasts have badly damaged the school building as well as the drinking water reservoir and boy’s toilet which were under construction.

Though the situation was tense, the administration said it is under control. Security has been beefed up following the incident.