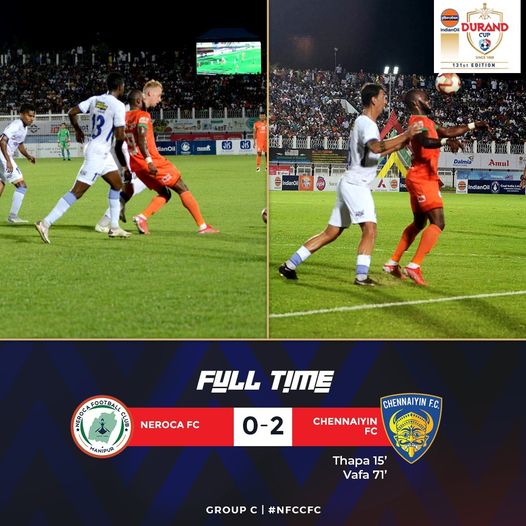 Imphal September 5, 2022: A team of Manipur Police’s Bomb Detection and Disposal Squad (BDDS), conducted a thorough search after a bomb scare at Durand Cup venue at Khuman Lampak stadium, Imphal. Manipur police alongwith sniffer dog carried out extensive search operations at Khuman Lampak Main Stadium, where the 131st Indian Oil Durand Cup, Group-C is being hosted. Manipur Police conducted the operation on the basis of tip off alerts for the presence of explosive materials at the stadium early on Monday.

The Group C match NEROCA FC and Cheinnayin was scheduled for 6.00PM today.

Imphal Police Station was given a tip-off by a reliable source about the presence of explosive materials at the Main Stadium. The bomb detection and disposal squad team along with the sniffer dog carried out extensive search operations at the inner and outer areas of Khuman Lampak Main Stadium.

The operation lasted for around 3 hours and venue was fully sanitized before the Group C match started. However, no such explosive materials were found during the entire operation, as per sources.