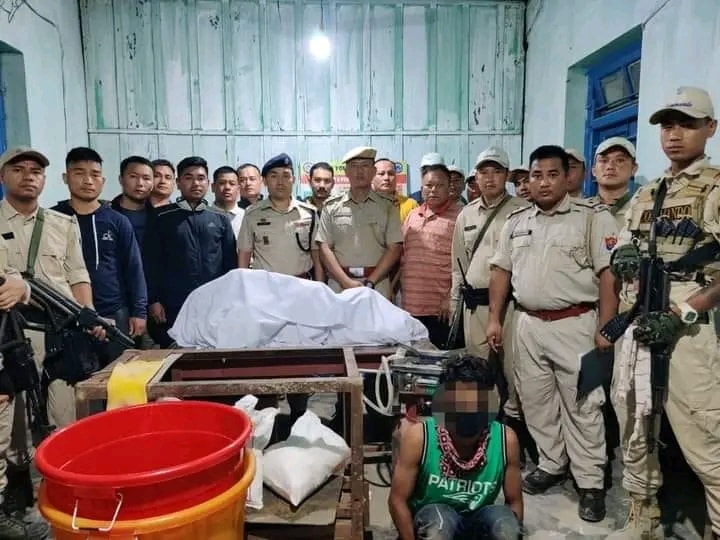 Imphal, August 07 2022: In a major break-through operation, a team of 8th Indian Reserve Battalion Khabeisoi busted a drug manufacturing unit at Lilong Chingkham Mayai Leikai in Thoubal district of Manipur. The team seized 54.685 kilograms of brown sugar worth 82 crore in the international market.

The team raided the house of one Imem Bibi (49), w/o (L) Salauddin of Lilong Chingkham Makha Leikai this afternoon on receiving specific inputs of manufacturing an illegal drug item there.

During the raid, the 8th IRB personnel caught a teenager namely Yumkhaibam Mustafa (19), s/o Yumkhaibam Basir Ahmad of Irong Umang Leikai in the process of manufacturing brown sugar red handed inside the house and arrested him on the spot.

The arrested person has been handed over to Lilong police station along with the seized items.