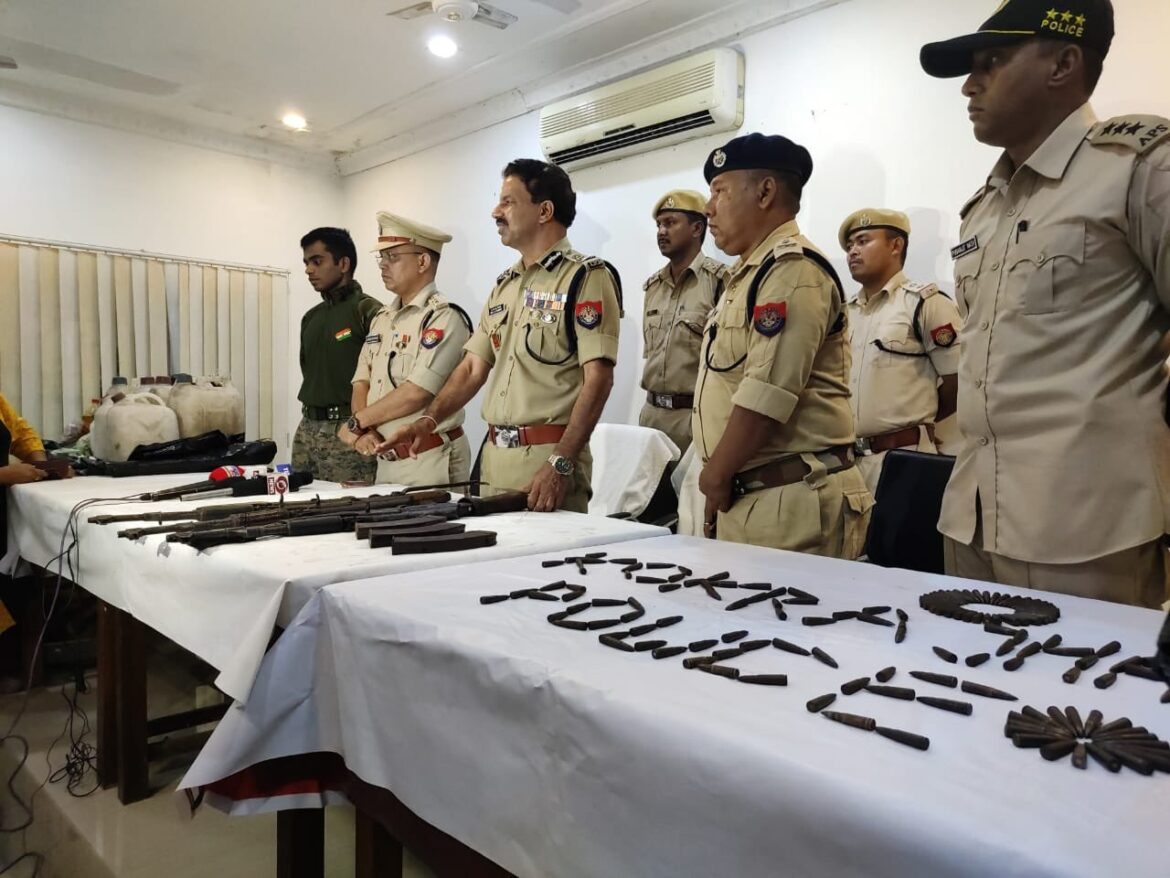 Guwahati: Amid the Assam Assembly elections, Kokrajhar Police recovered a huge cache of arms and ammunition from Ripu Reserve Forest in the Kokrajhar district on Monday night.