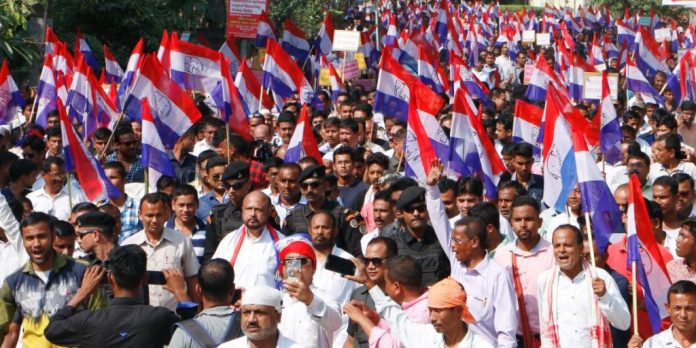 Guwahati: In a twist in the Assam’s politics, BJP’s ally in state government -the Asom Gana Parishad (AGP) has decided to extend its support to Bodoland People’s Front (BPF) in the Bodoland Territorial Council -BTC polls.

A day before the end of the poll campaign for the first phase of the BTC polls, the Chirang district unit of AGP announced that it would not back BJP candidates in BTC polls.

Zakir Hussain, president of AGP’s Kokrajhar district committee in a press statement said, “Keeping the current political scenario and the latest Bodoland Territorial Region (BTR) accord in view which violates the rights of the non-tribal population of BTC, we urge all our supporters to vote for BPF in the ensuing polls.”

The development was believed to be significant at the time when BJP has already announced to snap its ties with long term ally BPF. AGP has not fielded any candidate in the BTC polls.

However, no party head of AGP was available to comment on the party’s future course of keeping its alliance with BJP in 2021 state polls.

The first phase of BTC polls would be held in constituencies in Udalguri and Baksa districts on December 7 while voting will take place in Kokrajhar and Chirang districts in the second phase on December 10.

The date of counting the votes for both the phases was fixed on December 12.