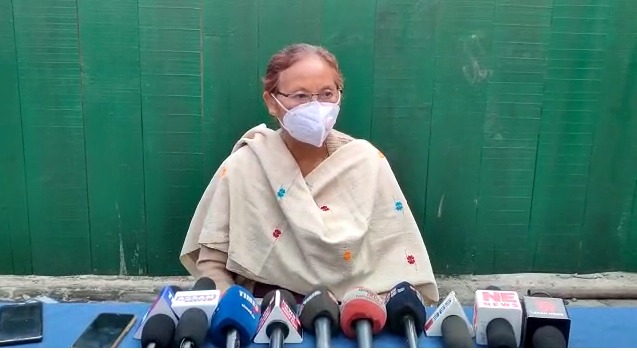 Guwahati: A day after the oath-taking ceremony of the Bodoland Territorial Council (BTC), the members of Bodoland People’s Front (BPF) has alleged that the new council has formed in an “undemocratic manner”.

Senior BPF leader and Assam minister Pramila Rani Brahma said that the people’s mandate have been with the BPF as they have achieved single largest majority by winning 17 seats out of 40, “We would now knock the doors of the judiciary and seek legal help against the undemocratic manner of formation of the council by members of the three-party alliance.”

“We have been patient but now we are planning to seek legal help. We will abide by law and verdict of the court”, Brahma further added.

The announcement comes in the wake of winning candidate of BPF Reo Reoa Narzihary from Jomudar constituency quitting the party and joined BJP, bringing the BPF party’s strength to 16 seats in the council.

In the election for the 40-members BTC, United People’s Party Liberal (UPPL), Bharatiya Janata Party (BJP) and Gana Suraksha Party (GSP) called in an alliance and formed the new council where Pramod Boro was declared as the new BTC chief.

Out of the total of 40 seats in BTC, BPF won 17 seats to emerge as the single largest party while UPPL bagged 12 seats, BJP got nine and GSP managed to win only one seat.