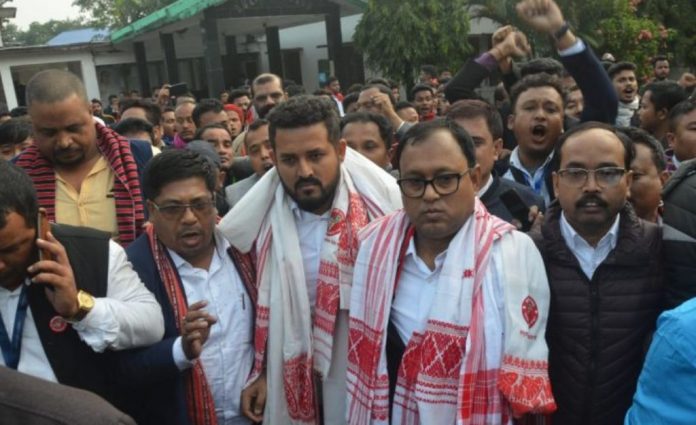 Guwahati: Sankar Jyoti Baruah, the newly elected general secretary of the All Assam Students’ Union (AASU) has vowed to intensify the agitation against the Citizenship Amendment Act (CAA) soon

The anti CAA agitations remained almost ‘dormant’ due to the COVID-19 pandemic.

In Assam, at least five persons were killed in the protest and Assam witnessed the first-ever ‘internet blackout’ in the state.

Baruah said, “There is no question that the agitation against CAA will go away. It will be soon renewed with new energy and force. Assam doesn’t accept CAA and AASU will stand by the people of Assam.”

Lurinjyoti Gogoi who vacated the post of AASU general secretary while taking farewell from the student body on Monday added, “I might be leaving AASU but my fight for the people of Assam is not ending. No matter wherever I will be, all my actions and life will be in favour of the people of the state.”

Gogoi is likely to join the Asom Jatiya Parishad (AJP), the newly-floated political party by the alliance of AASU and Asom Jatiyatabadi Yuba Chatra Parishad (AJYCP) in September 2021.  Recently, during the ongoing 17th General Convention of AASU in Duliajan, Gogoi quit his role.

However, despite announcing his retirement from the student body, senior AASU leader Sammujjal Bhattacharya announced to continue serving the student group as the chief adviser. He said that though he wanted to leave AASU to accommodate fresh faces, the student group did not allow him to leave.