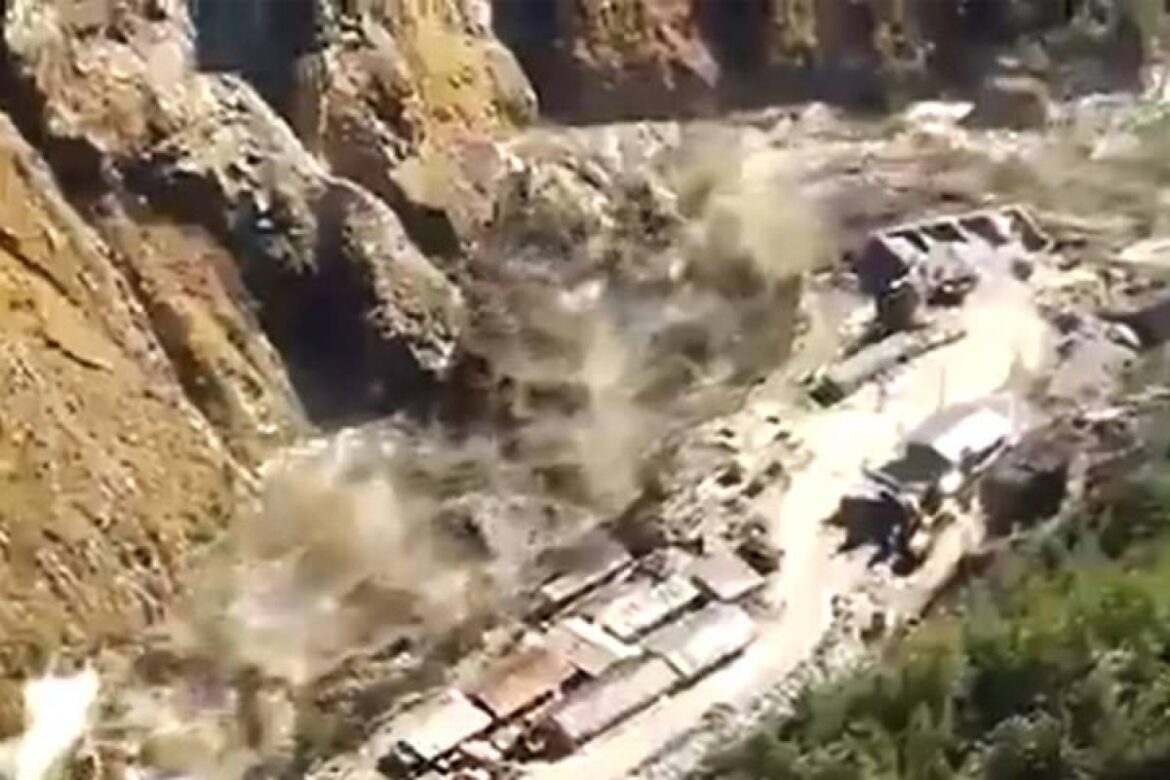 Around 100-150 people are suspected to have lost their lives in the flash floods in Uttarakhand’s Chamoli district on Sunday, ANI reports whilst citing the state’s chief secretary Om Prakash. Moreover, hundreds of labourers working on a power project in the area are also missing due to this calamity.

Apparently, the flood was set off in the Dhauliganga river in the district due to the breaking down of a glacier. Now, an alert has been issued in the Rudraprayag, Dehradun, Pauri, Tehri and Haridwar districts as massive damage along with an endangerment of scores of people living along the banks of the river is feared.

The Indo-Tibetan Border Police (ITBP) personnel were deployed to a site near the Raini village in order to kickstart the rescue operations. Reportedly, a few water bodies have flooded and this has resultantly destroyed several houses on the sides of the riverbank.

Vivek Pandey, spokesperson of the ITBP, told ANI, “Over 200 jawans are on the job and working in collaboration with local administration. One team is on the spot to assess the situation. Another team is deployed near Joshimath to raise awareness and evacuate people. The situation is under control.”