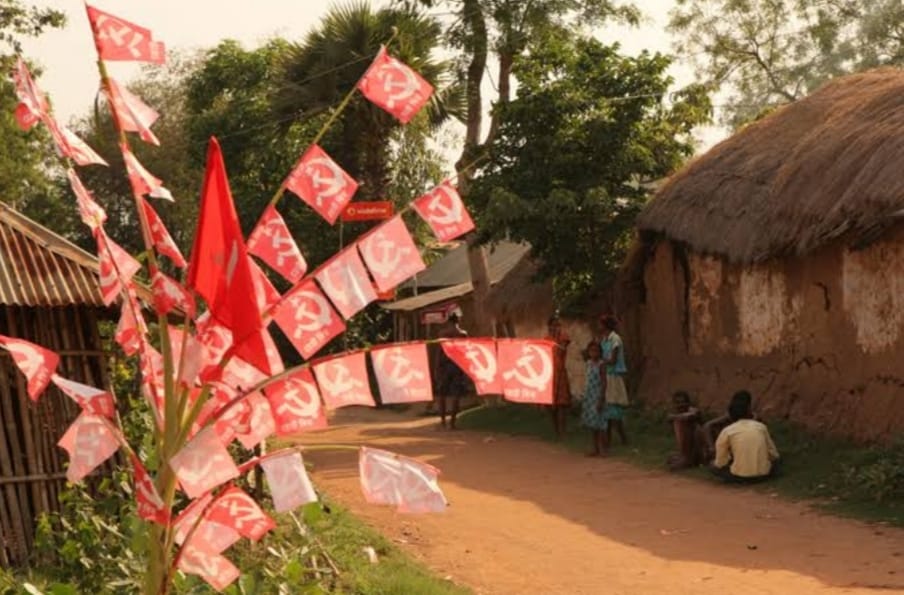 As many as ten lower-rung Communist terrorists, including eight who have bounties on their head, surrendered before the Chhattisgarh police in insurgency-hit Dantewada on January 9.

As per the reports, the surrendered Maoists are active in the Malinger area committee of the outlawed outfit CPI(M) and have many cases pending against them in different police stations of Dantewada.

The surrender took place in the presence of the Deputy director general of police Bastar range, Kamlochan Kashyap, while many top officials of CRPF were in attendance. They all are moved by the ‘Lone Varatu’ campaign ( an initiative by the security forces, literally meaning come back home in the local dialect), said Siddharth Tiwari, SP Dantewada.

“Their ideology ( Maoists) is hollow, we don’t want to ruin our lives anymore, we are willing to contribute in the welfare of our people, ” said one of the communist terrorists who has shunned the path of violence.

They have paved the way for others; we will do everything we can to rehabilitate them. They will be rehabilitated as per the rehabilitation policy of the states, said one of the top officials familiar with the development.

It should be noted that under the supervision of the Union Government, development work and campaigns against the Communist terrorists are in full swing in Maoist-affected regions of the country, infact this strategy of development with security have managed to dent the Maoist intel units effectively resulting in the collapse of their organisational setup.

The growing pressure of security forces in the Maoist citadel have forced them to retreat from their traditional thresholds; as a result, the local cadres who are not willing to leave the area for the sake of the so-called revolution, are leaving the outfit, in all the communist terrorists are not only feeling the heat in their bastion but they are also briskly losing their core supporters in the area.

If we talk about Bastar alone, as many as 478 communist terrorists have surrendered before the security forces in the year 2022. At the same time, a total of 32 Naxals have been neutralised in 62 encounters. These figures testify that the tides are slowly changing in the Dandakaranya region.

However, despite that the strategy of development and fierce campaign against the Maoist in their citadels are yielding desired outcome, one harsh truth is that the failure to counter the growing influence of the security forces in the region have turned the guns of Mao’s soldiers towards the innocent people. As a result, more than two dozen innocent tribals have been killed in cold blood in the last two or three months alone.